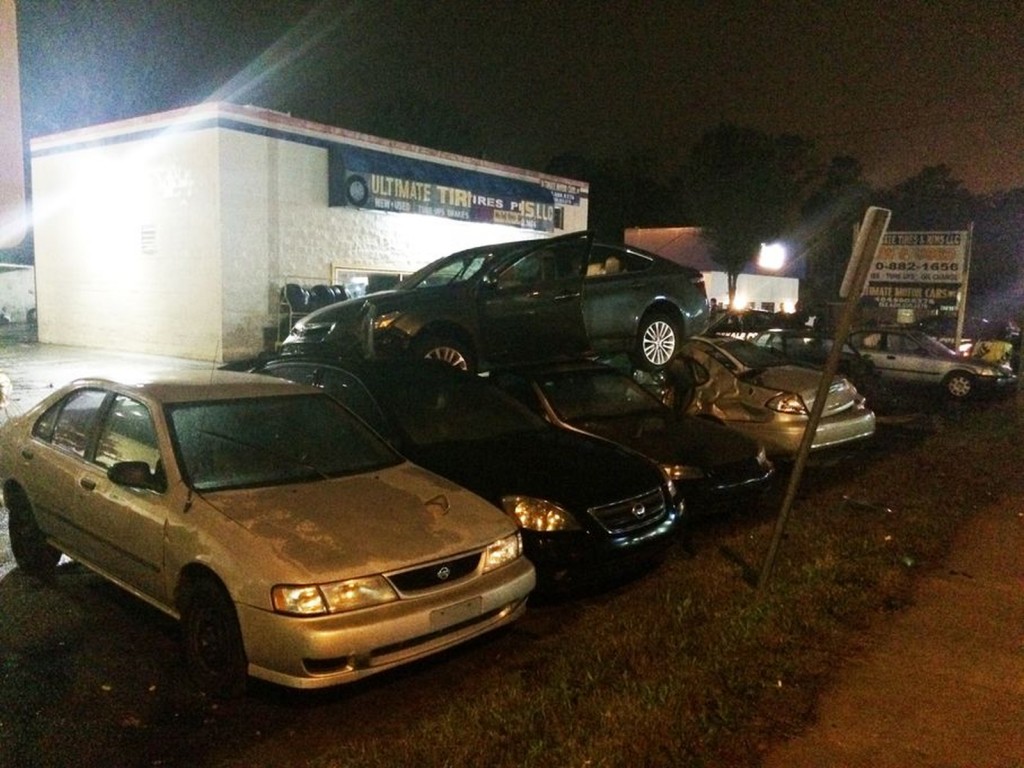 A woman dozed off while driving and lost control of the car. Her car hit six others and ended up on top of several vehicles parked at a Covington Highway tyre store in DeKalb County, U.S. state of Georgia causing a multitude of damage.

The car left the roadway, went airborne and ended up on top of several cars in the parking lot of store called Ultimate Tires and Rims. The unhurt driver, a woman in her late 20s whose name has not been released, was able to climb out of her car. All the cars she rammed onto were vacant at the time. A tow truck removed the woman’s car just before 4:30 a.m. on Thursday.

No further information is available on the topic as of now, we’ll update the post with more details as and when they emerge.