Jawa Motorcycles hold a very soft spot in the heart of many enthusiasts, after disappearing from the Indian bike scene in the 90s, this iconic brand is now on the way back. Today, the company will launch their new motorcycles, 2 of them from the rumours have suggested. All we know is that they all will be sharing the same engine, an engine which has been designed to recreate the look of the old bikes and has been given the exhaust note to match that of a 2-stroke motor. The power plant is an all-new 293cc, liquid cooled, single cylinder, DOHC unit which will churn out 27 bhp and 28 Nm of torque. The launch event has concluded and here are the two icons, the Jawa and the Jawa 42, priced at INR 1,64,000 and INR 1,55,000 (Ex-Showroom, Delhi). 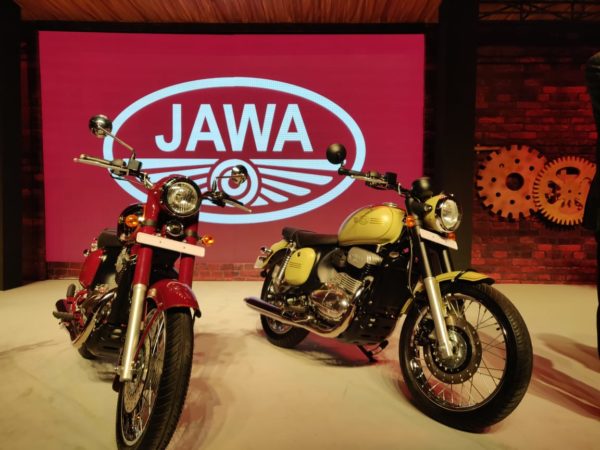 The event also saw the presence of a third bike, a factory custom called the Perak which will take some time to get out in the market. The bike will carry a price tag of INR 1.89 Lakh(Ex-Showroom) and come with a bigger engine. It basically is the same engine but with a larger bore giving it a capacity of 334 cc. The larger engine gives out a larger output of 30 hp and 31 Nm which would suit the machine much more. 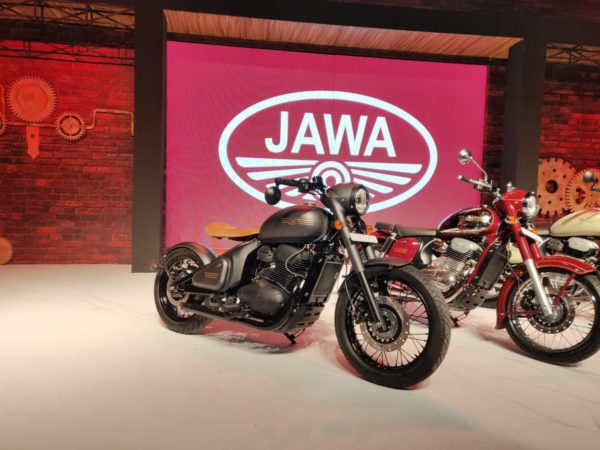 Also Read: VIDEO: Hear the New Jawa Rev Its Heart out in This Teaser

The Jawa and Jawa 42, are the bikes that are going to hit the market very soon. Both of the bikes borrow design cues from the bikes of the past. The flushed unique side storage spaces on the bikes and the unique cigar-shaped exhaust pipes can be seen on both bikes. The Jawa gets a flushed speedometer and more of a classic vibe while the Jawa 42 aims to be the sporty one with an offset speedometer. The bikes will be sold across 105 dealerships in the country of which 64 are being built right now. The first dealers will open doors from 5th of December and deliveries begin from early next year. The Jawa will be available in three colours – Jawa Maroon, Jawa Grey and Jawa Black and the 42 will be offered in Hally’s Teal, Galactic Green, Starlight Blue, Lumo’s Lime, Nebula Blue and Comet Red. Online bookings of the bikes are now open.