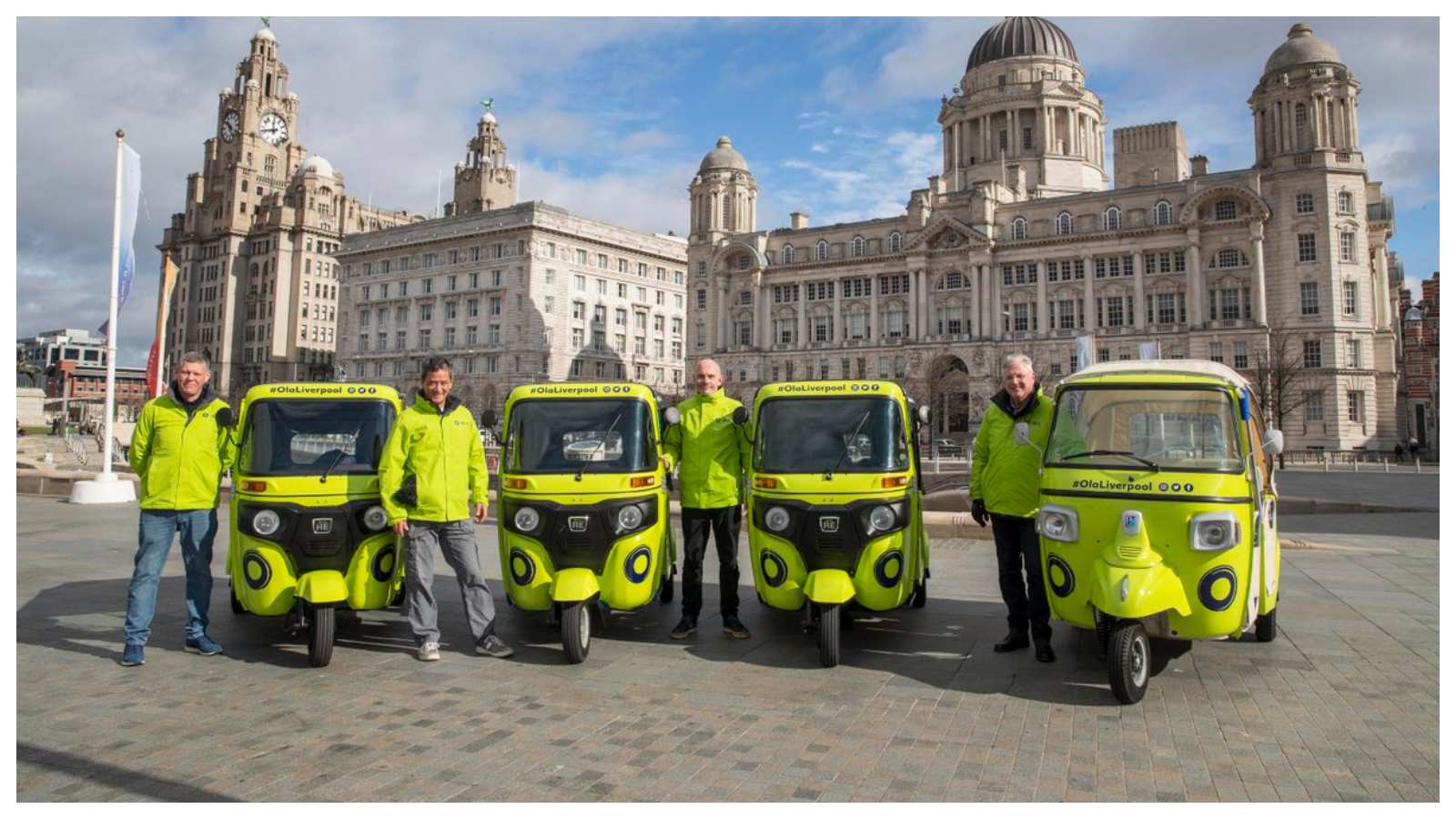 The humble autorickshaw has been a boon for us Indians and also to people in foreign countries. Compact in dimensions and economical to run and maintain this vehicle can be seen all over the world taking people from point A to point B in an economical manner. This three-wheeled vehicle has now managed to make its way to the United Kingdom. Ola recently launched a fleet of Bajaj and Piaggio 3-wheelers in Liverpool with the goal of overtaking Uber as the region’s top transportation app. As a part of the launch, Ola offered free rides to the passengers around the city on the first day of the operation. To attract more customers, the company is also offering 50 percent off to the customers downloading the app before the end of April.

We had an absolute blast in Liverpool this weekend! Did you all enjoy your free rides? #OlaLiverpool pic.twitter.com/cwXSlDTXyq

Ola was first launched in the UK in Cardiff in August 2018, after that they expanded their reach by launching in Bristol, Bath and Exeter in October and November. The latest launch in Liverpool is their fifth in the United Kingdom and this is just the beginning of their expansion in the European market this year. Ola UK has also launched an introductory offer of 50% off for customers who plan to travel using their app before the end of April. While Ola plans to challenge Uber in the international market, it has said that its fleet will allow more choice to the customers along with paying a larger share of the fare to the drivers compared to its main rival, Uber.

Oh do we we have a surprise in stall for you this weekend Liverpool! #OlaLiverpool pic.twitter.com/NnH1AXnaSH

The Managing Director of Ola, Ben Legg had an interesting day at work last week when he drove people around the city of Liverpool behind the wheel of a Bajaj RE autorickshaw. People around the city were surprised to see brightly painted 3-wheelers with drivers wearing neon green jackets ferry passengers around. Ola has promised to provide a safe and affordable ride for passengers travelling around the UK. The India-based company has a 24/7 Customer support for its customers and will also provide a high-quality ride and along with on-time service.

#LIVERPOOL
If you see an Ola Tuk Tuk around town today, hail it down for a FREE ride!
Don’t forget to get a snap and hashtag #OlaLiverpool pic.twitter.com/4zuasGALmQ

Ola’s Managing Director in UK also commented by saying, “I have been driving passengers around the city today and have really enjoyed the chance to discuss the challenges that the community faces and how we can help with our new technology”, adding to that he said, “We are celebrating bringing more travel and employment choices to Liverpudlians with our ride-hailing app with the help of the community choir.”