Home Honda Motorcycles and Scooters Will Honda CBR350RR accompany the CBR250RR at the 2015 Tokyo Motor Show? 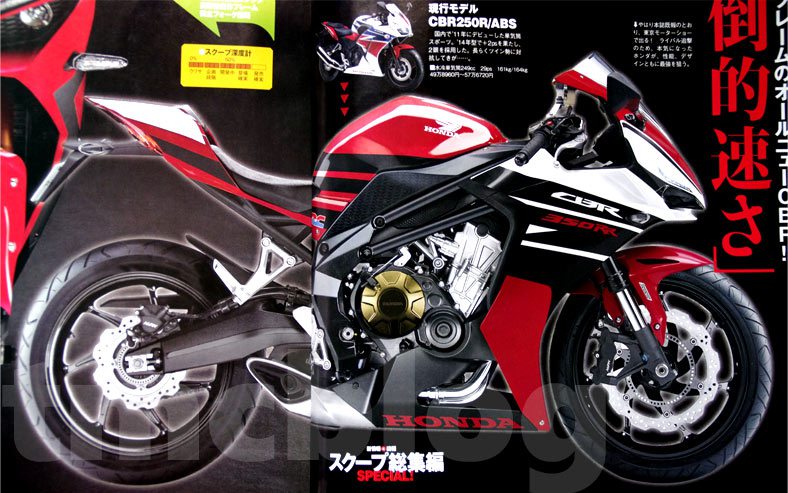 Honda dazzled the two-wheeler industry with the teaser image of their upcoming 250cc super-sport concept motorcycle that would jewel up the Japanese two-wheeler maker’s stand at the 44th Tokyo Motor Show scheduled in October. Honda says that the motorcycle based on the concept showcased is almost production ready and will draw power from a parallel twin engine cocooned inside a trellis frame. A render of the upcoming entry-level supersport was recently developed by MotoBlast who artistically imagined the motorcycle in production guise.

However, the boys at Young Machine magazine have something even more interesting for us. The motoring magazine has come up with a render of yet another motorcycle that will probably make way at the 2015 Tokyo Motor Show. 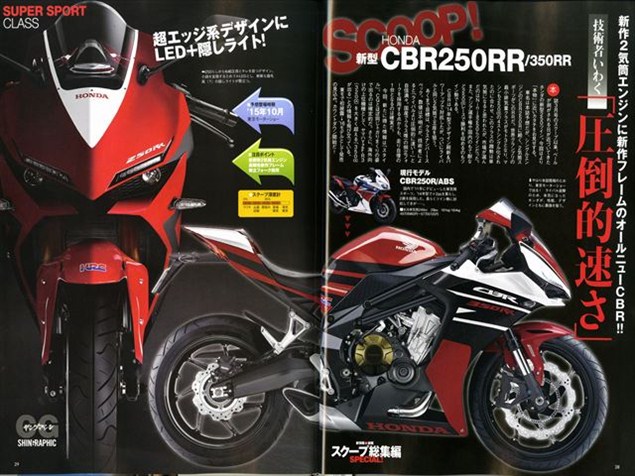 This time around, the folks from the Japanese magazine, who are pretty precise about such genre of news, have got a render of the Honda CBR350RR. The CBR350RR will be based on the supersport concept that was unveiled by Honda and will be targeted towards the European market. This Honda will primarily target the Yamaha YZF-R3, Kawasaki Ninja 300 and KTM RC390.

Technical details are still speculative but going by the nomenclature, expect to see a 350cc, liquid-cooled, twin-engine that would come mated to a 6-speed gearbox. Power figures are likely to hover over 40 PS which would help the Honda stand against its closest rivals, especially KTM’s pocket-rocket. The motorcycle is rumoured to be unveiled at the upcoming 44th Tokyo Motor Show scheduled in October. Stay tuned for more updates.