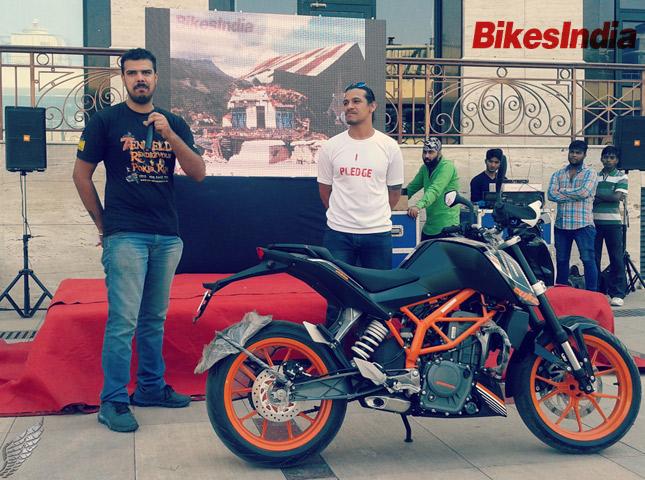 As tremors measuring as high as 8.1 on the Richter scale rocked Nepal in April 2015, an estimated 9,000 people lost their lives, along with millions rendered homeless. Worldwide aid poured in, and selfless, generous individuals contributed and prayed for Nepal. One of them was Geet Singh Bindra from Karnal, Haryana, a biker by heart, who sold off his brand new KTM Duke 390, along with his iPhone 6, to raise funds in aid of the earthquake victims. What’s more, he personally dropped by to the quake ridden sites and aided those in need. 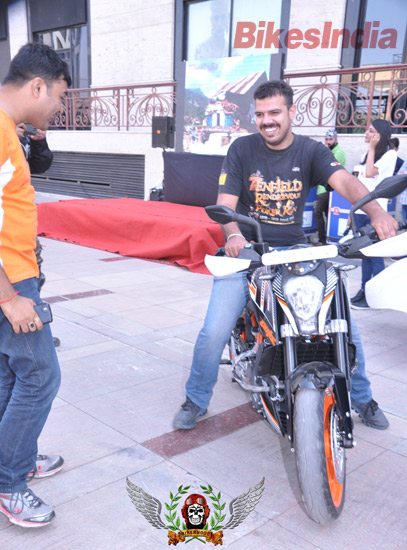 Society decided to pay back Geet’s charitable endeavours. At the recent Bikerhood meet in Delhi, Bindra was honoured, and to his utter surprise, handed over the keys to a brand new KTM Duke 390 –  a gift from the Bikerhood community in recognition for his efforts towards aiding the quake victims. What’s more, Geet Singh Bindra was also declared Bikerhood’s official brand ambassador for the year 2015. 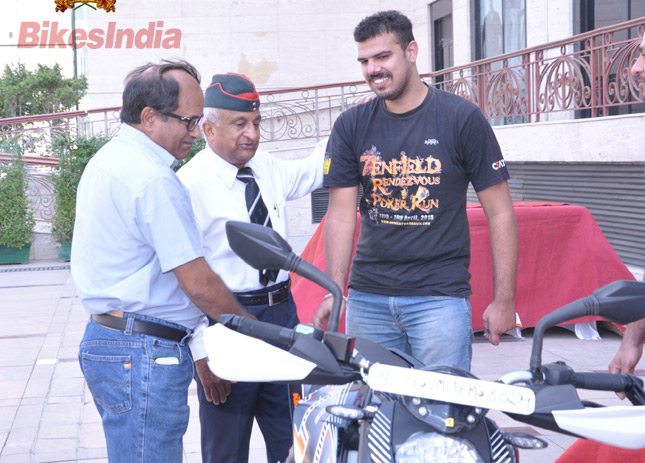 To quote Bikerhood – “Geet is the living embodiment of our definition for the term ‘real biker’ – can you imagine how difficult it must be for a biker to make the decision to sell one’s motorcycle? And all for the purpose of charity and humanity – it’s truly amazing. When we first heard about what he had done, we were left speechless. And today, we were honored to be in the presence of a true biker.”