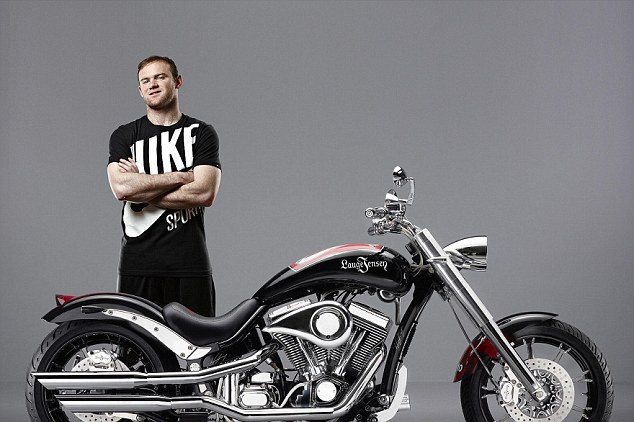 Star footballer Wayne Rooney’s custom chopper would go under the auction hammer on 20th February 2013 at the Bonham Auction of Sports Memorabilia in Chester, England. The auction sale is expected to raise anywhere between £ 40,000 to £ 60,000- the entire proceeds of which would go to Kid’s Charity. 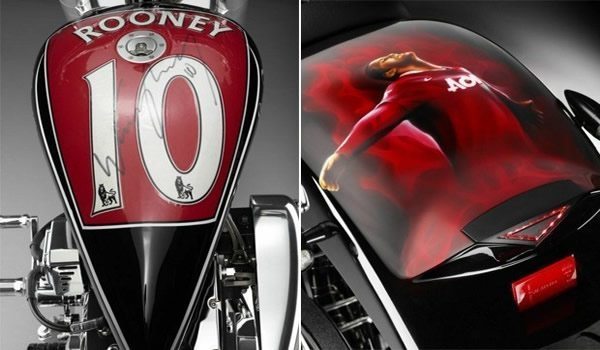 Made by Denmark based Lauge Jensen Motorcycle Company in 2012, the rear fender highlights Rooney’s celebration pose after his winning goal against local rivals Manchester City. To add, an autographed No. 10 jersey has been lacquered onto the fuel tank that Rooney had donated and if it wasn’t enough for uniqueness, the bike features 21 black and one white diamond on the shift rod.

Rooney said: “I was really excited to have the opportunity to be involved in the design of a unique ‘Wayne Rooney’ Lauge Jensen custom bike. The bike we have designed takes its inspiration from the celebration of my overhead kick against Manchester City last season. The goal has been described by others as being of the highest quality and technical excellence, powerful and beautiful. I hope you will agree that the bike is all of this and more. The fact that the funds raised will go to kids in Denmark is a great way for me, on behalf of all the players at Manchester United, to say ‘thank you’ for the support we receive from the Danish people.””

With the brand appeal of a star soccer player clubbed with unique embellishment and the auction staged for a benevolent purpose- fetching the expected price shouldn’t be a task. In fact we feel, it might even surpass the expected figures.