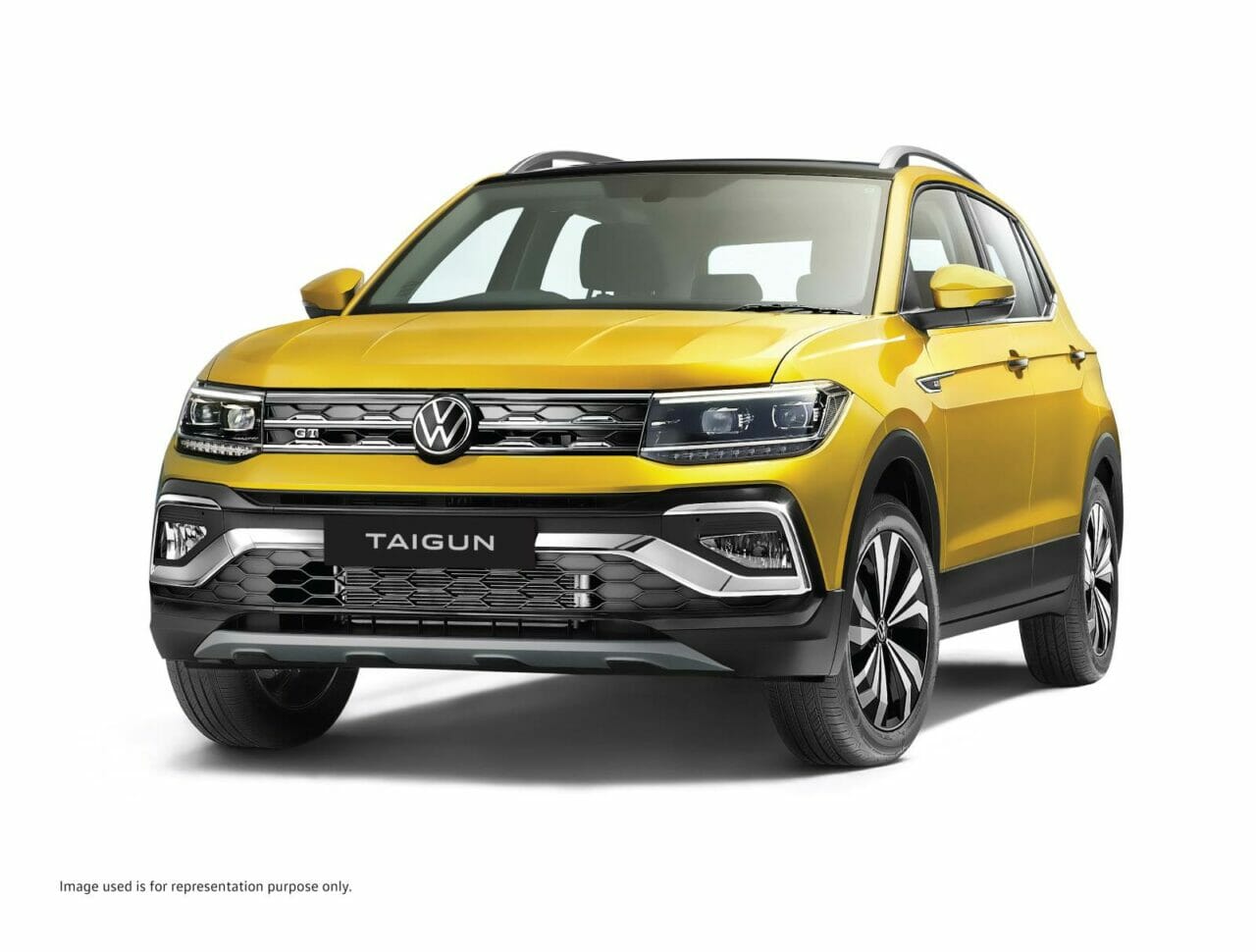 Volkswagen has finally unveiled its highly anticipated Taigun in India. The Taigun is also based on the heavily localised MQB A0 IN platform, which also underpins the Skoda Kushaq. The Taigun is VW’s first product under its India 2.0 and the SUVW strategy. We got some time to spend with the Taigun and here are our first impressions regarding the same.

Before diving in, a point to be noted. We can’t show you the interiors of the Taigun as of yet as it’s embargoed, but we sure can tell you all the features and the overall layout of the cabin to give you a better understanding.

Starting with the dimensions, the wheelbase of the Taigun is more than that of its chief rivals, the Hyundai Creta and the Kia Seltos but its Korean counterparts are longer and taller. Although not specified officially, the ground clearance should be around 200mm and the boot space is 385L. In terms of design, the typical VW lines are hard to miss. The front features a solid, squared-off fascia with sharp creases on the bonnet. 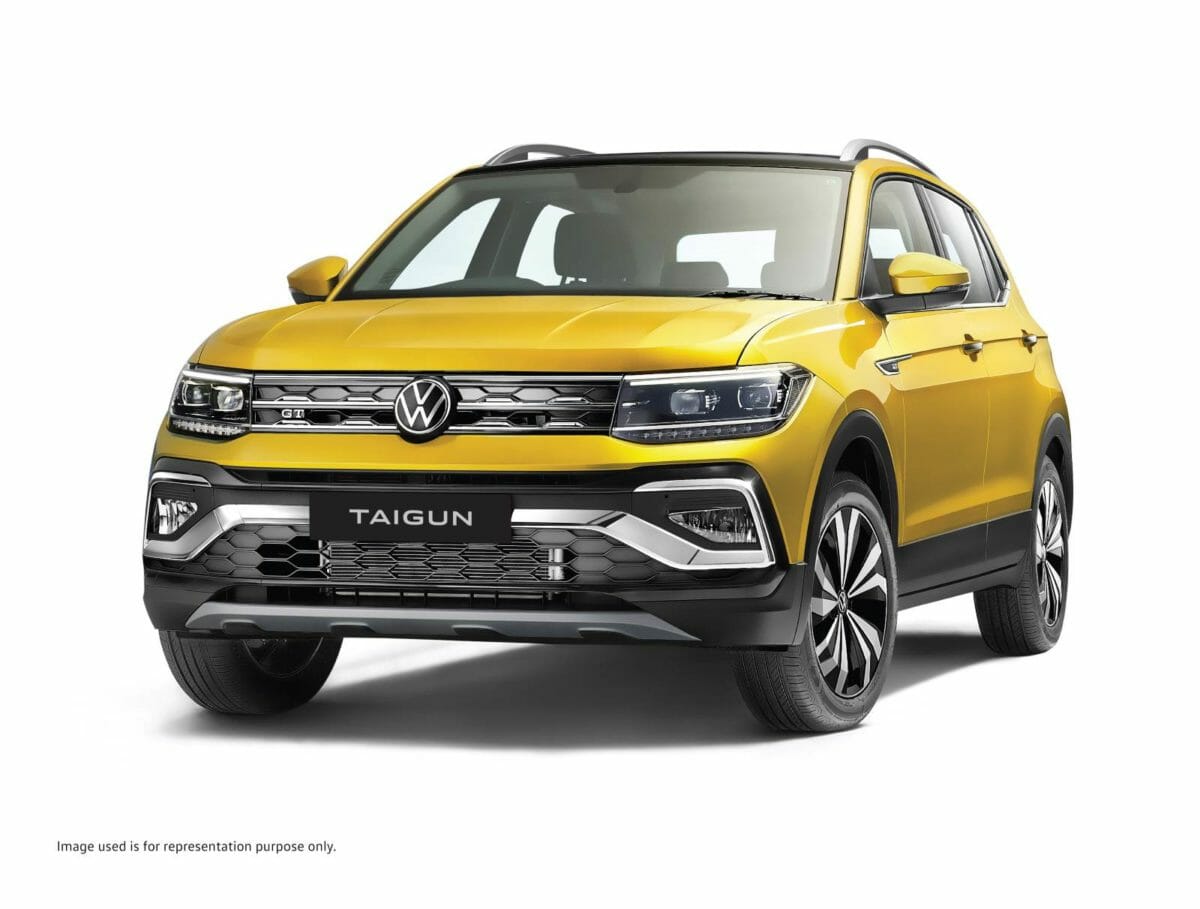 The grille houses 3 horizontal slats and is flanked by headlights which are an all-LED unit, on either side. From the sides, it will remind you of the Kushaq a slight bit. It glides on 17” alloys from Goodyear rubber. To further enhance the SUV stance, the Taigun features black body cladding on the sides. On the rear, the main highlight is indeed the connected LED light strip that runs across in addition to C-shaped lovely looking taillights. This car also features the new VW logo. 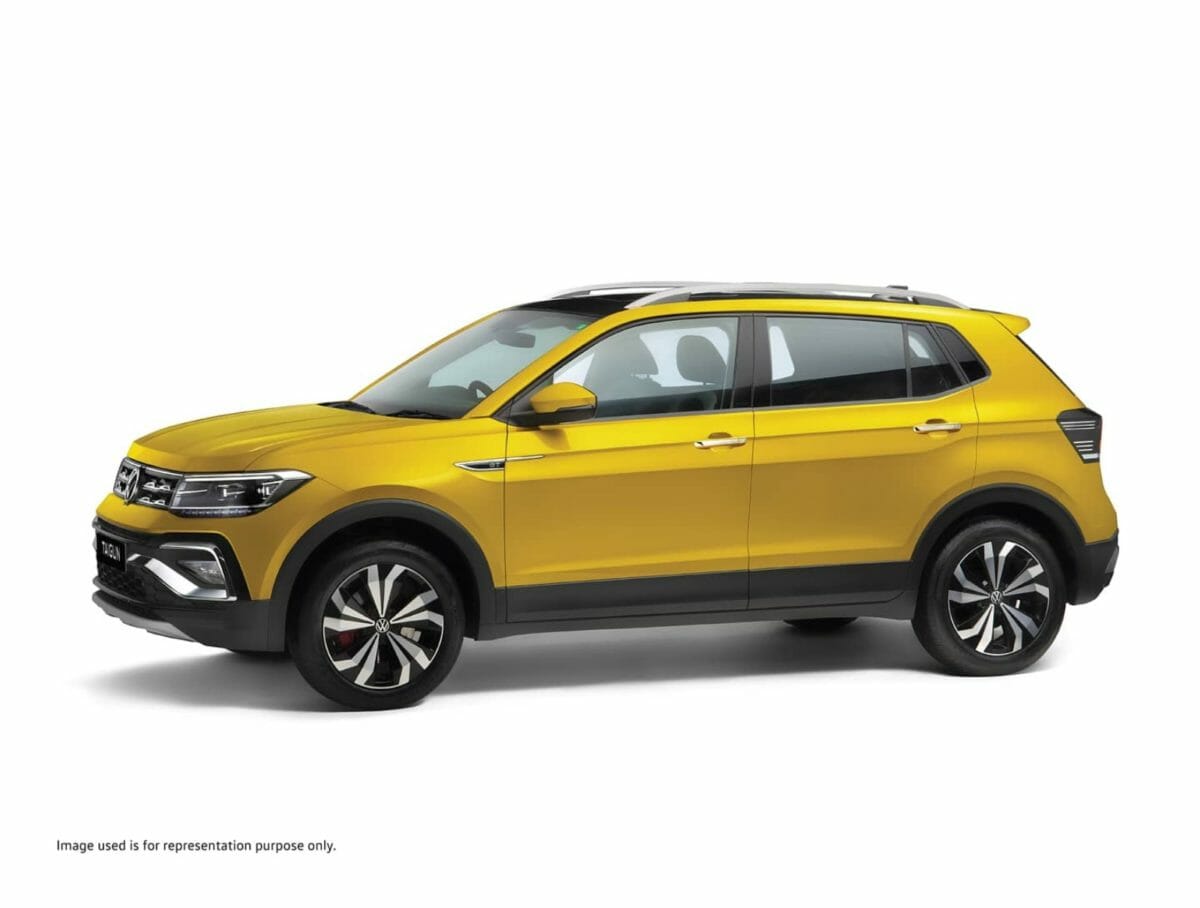 The cabin is pretty sophisticated too. Notable features include digital instrument cluster, cooled glovebox, 6 airbags, ESP, hill hold, wireless charging, ambient lighting, 10” touch infotainment system with wireless android auto and apple car play, passive entry etc. It misses out on a 360-degree camera, ventilated seats, panoramic sunroof, connected car tech etc. if we compare it with other segment players. The room inside the cabin is pretty decent as well. 3 people abreast can sustain for short to medium journeys. Overall, the layout, the comfort of the seats, ergonomics, practicality are the definite strength of the Taigun’s cabin although, if the dash had some soft to touch material, the premium quotient would have been a notch higher. 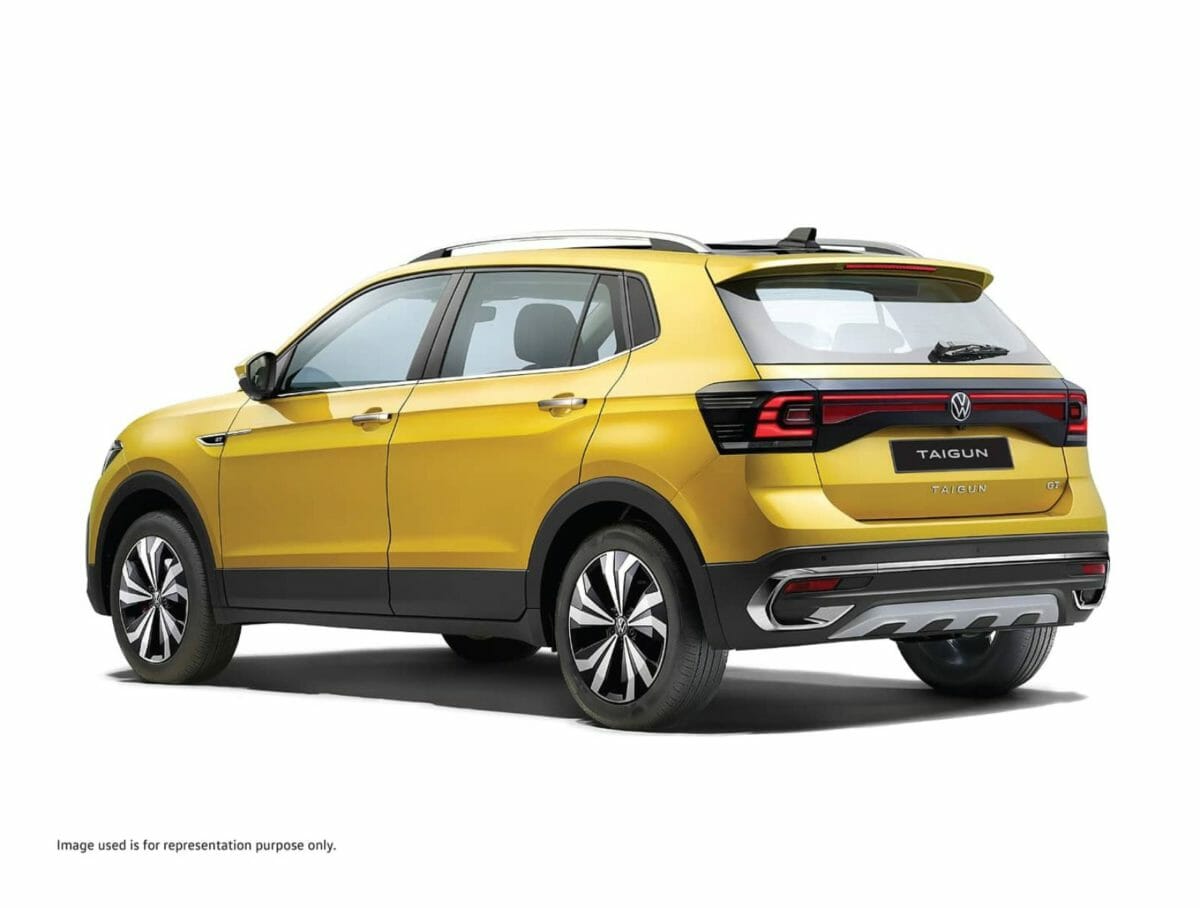 The Taigun is expected to be priced in the INR 10 lakhs – 17 lakhs price bracket and is VW’s attempt, along with the Kushaq to challenge the Korean monopoly of the segment which is currently ruled by the Hyundai Creta and the Kia Seltos.