Since the Kawasaki ZX-25R was first revealed, it has been making a lot of us drool profusely. The manufacturer has confirmed that the bike will go on sale in Indonesia and even run a one-make race in Japan. But elsewhere, it might probably remain a thing to be looked at on our screens. Rubbing salt into the injury, Kawasaki Indonesia has now revealed the third instalment of videos, where the ZX-25R gets transformed into a serious, track-spec tool.

In the previous videos, the ZX-25R has been caught on video at Jerez, on a Dyno and then as it gained some stage 1 mods. In this one, it sheds its standard bodywork and dresses up in expensive, carbon fibre panels. The expansive transformation includes the rear cowl, the front fender, the entire fairing assembly, fuel tank, belly pan and the chain guard. Taking shape as the racer custom, we believe in the next instalment, Kawasaki could reveal more about the changes which have been made to the engine, exhaust and other such areas.

We already know that the ZX-25R Racer Custom features performance upgrades in the form of race-spec Dunlop Sportmax α-13SP tyres and a free flow NASSERT-R Evolution Type II exhaust. If the standard street variant of the ZX-25R sounded that menacing, we can’t wait to listen how this Racer Custom will sound like. The front forks of the race-spec Kawasaki Ninja ZX-25R are the same as the standard model while the rear monoshock has been borrowed from the ZX-10R. The bike gets rear-set footpegs along with the adjustable clutch and brake levers. 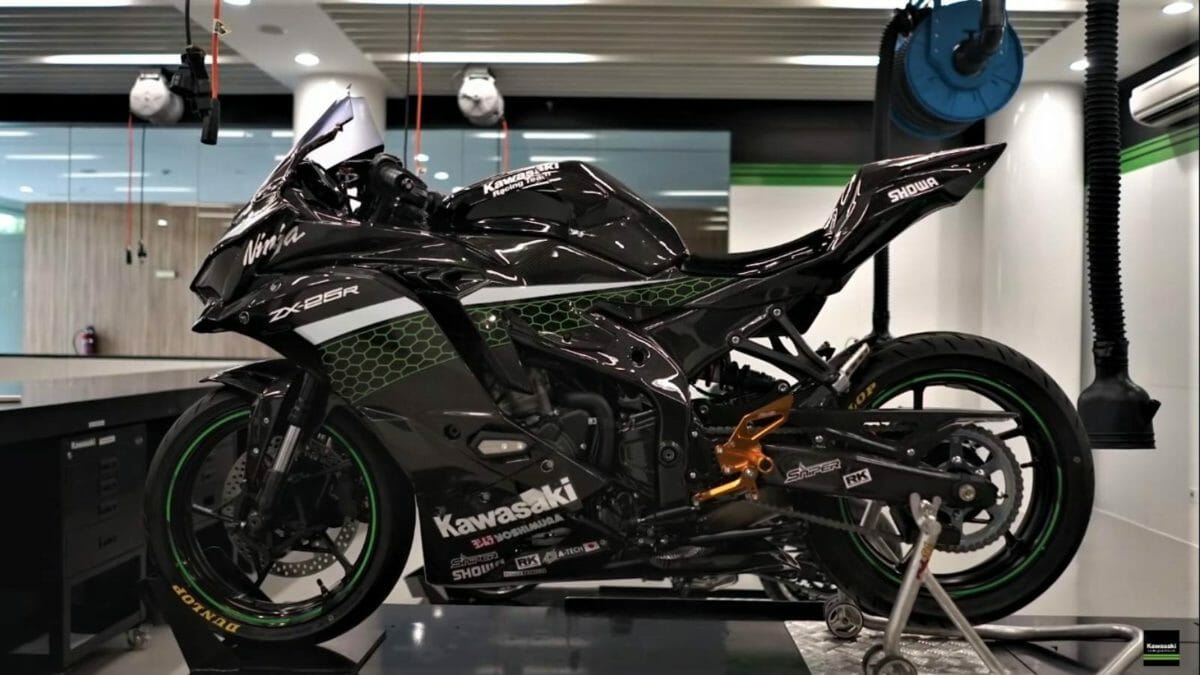 Will It Be Available In India?

The complete specifications of the ZX-25R aren’t out yet but we can safely assume that it will definitely cross the 50 hp mark and with the Racer Custom we can expect that the number will go higher up. We can only dream about it as of now because the chances of it coming to India are very slim. It doesn’t change the fact that the Kawasaki ZX-25R Racer Custom is an engineering marvel and deserves accolades from all around.