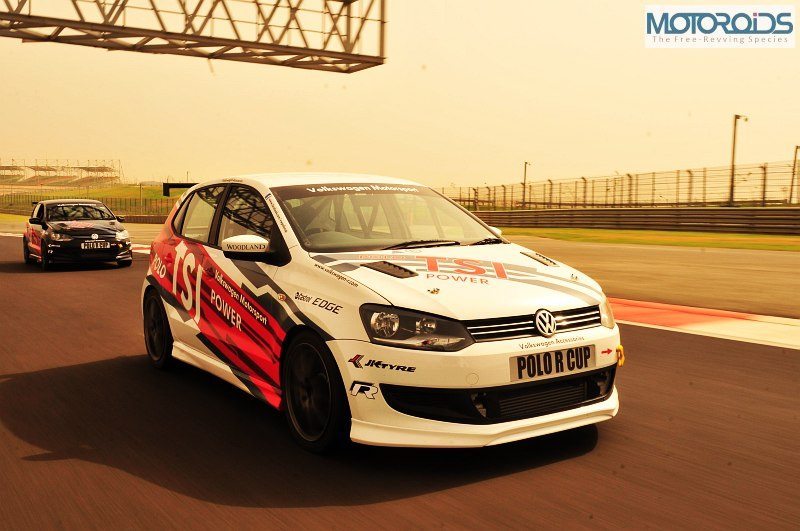 Volkswagen Polo R Cup season finale will be held at Buddh International Circuit, Greater Noida. Volkswagen Motorsport has been successfully running the series and has produced some promising talents who have then gone on to participate in international racing series. This year, in contention of the title is Ameya Walavalkar (384 points). He is followed by Sandeep Kumar (307 points), Rahil Noorani (301 points), Avdumber Hede (277 points) and Saurav Bandyopadhay (237). With 2 races and 60 points for the winner of each race, the championship is still open.

The country’s largest motorsport sponsors and promoters, Volkswagen, JK Tyre and MRF Tyres, have come together with Sidvin and organized the Festival of Speed. This festival will host a number of national and international races, all in one weekend, at the Buddh International Circuit in Greater Noida.

The Sidvin Festival of Speed includes the finales of JK Tyre National Championship’s and Polo R Cup along with two major International Championships, the JK Racing Asia Series finale, and Round 2 of the MRF Challenge 2012. Close to 125 talented drivers from India and abroad will converge to display their skill at the event, which promises motorsport enthusiasts a veritable feast of nail-biting action, intense battles and unmatched moments of glory. The race weekend will include in all 14 races.

“Being a part of the Sidvin Festival of Speed, we at Volkswagen Motorsport are able to provide our drivers an opportunity to experience driving and racing at one of the finest circuits in the world Along with JK Tyre and MRF Tyres, we are sure of offering the spectators a mega motorsports event this coming weekend”, said Prithviraj Siddappa, Head of Volkswagen Motorsport India.