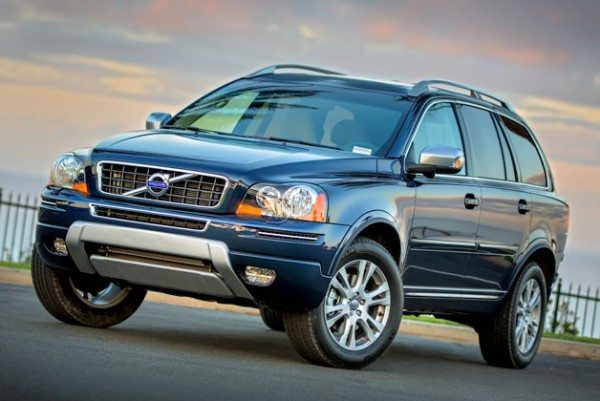 Volvo was the only European luxury brand with five awarded models in the 2011 IIHS report. The XC60 received 5 stars in all individual crash tests, including 5 stars for the driver and 5 stars for the passenger in the frontal collision as well as 5 stars in both side tests. In 2012, Volvo S60 earned the best rating in IIHS’s new small offset frontal crash test. In March 2013 Volvo XC60 earned First Luxury SUV to achieve IIHS’s TOP SAFETY PICK+ Award 2013.

The XC90 is the third Volvo model to earn the ‘TOP SAFETY PICK+’ accolade since the Institute began testing for small overlap protection in 2012. While many vehicles have had to undergo significant structural changes to earn good ratings in the small overlap test, the XC90 has had the same build in already as basic features since 2003.

In the small overlap front test for XC90, the driver’s space was maintained well and injury measures recorded on the dummy indicated low risk of any significant harm in a crash of such severity. It replicates what happens when the front corner of a vehicle strikes another vehicle or an object like a tree or a utility pole. In the test, 25 percent of a vehicle’s front end on the driver side strikes a 5-foot-tall rigid barrier at 40 mph. A 50th percentile male Hybrid III dummy is belted in the driver seat. In this test too the XC90 passes all the safety criteria.

Tomas Ernberg, Managing Director, Volvo Car India said, “We are extremely confident in our safety heritage. We don’t design our vehicles to pass a specific crash test; we design them to pass the most important test of all, everyday life. The XC90, like all our other vehicles is equipped with active safety equipment meant to avoid a collision and have been designed to protect its occupants in the event of a crash.”