Volvo has finally launched the XC90 Excellence Lounge SUV in the Indian market. This unique three-seater SUV comes with a list of luxurious features and amenities, along with an ex-showroom price tag INR 1.42 Crore. Moreover, emphasising on the exclusivity of this model, Volvo will only be offering a total of 15 vehicles in the Indian market. Unlike the XC90 Excellence model, the front passenger seat in the XC90 Excellence Lounge is replaced by an electrically adjustable ottoman which not only can be used as a leg rest but also has lockable storage space and a rather large screen, which can be flipped to be used as a table. 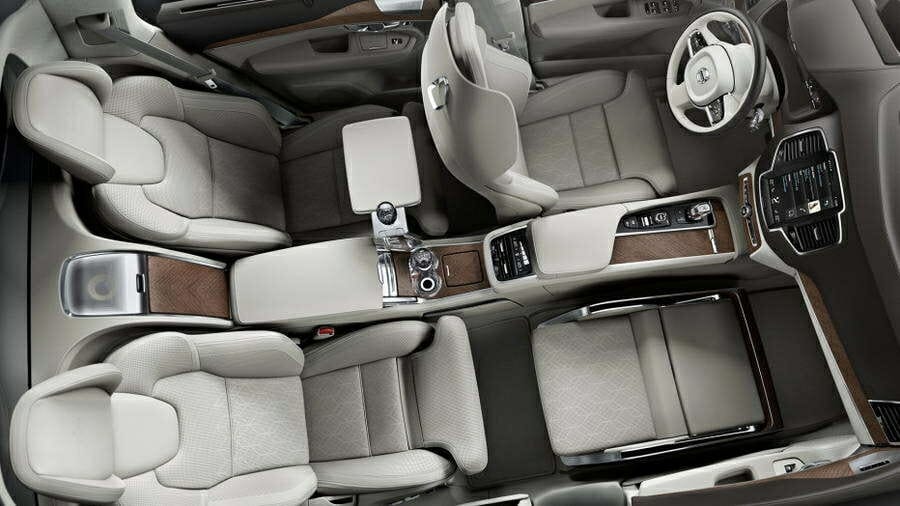 To tell you more about this luxury SUV, the car comes with a number of luxurious amenities. The car comes with two electrically adjustable seats in the second row, which come with a multitude of adjustment options. Moreover, a pop-up touchscreen located in the centre armrest would allow the passengers to adjust some of the settings, including the operation of the ventilated seats. A fridge too can be found in the rear compartment, with custom made crystal flutes. The flutes also get special holders, in the fridge as well as the centre console of the rear compartment. A folding tray is also on offer, to allow passengers to work on the go. A premium sounding Bower and Wilkins sound system would appeal to the audiophiles.