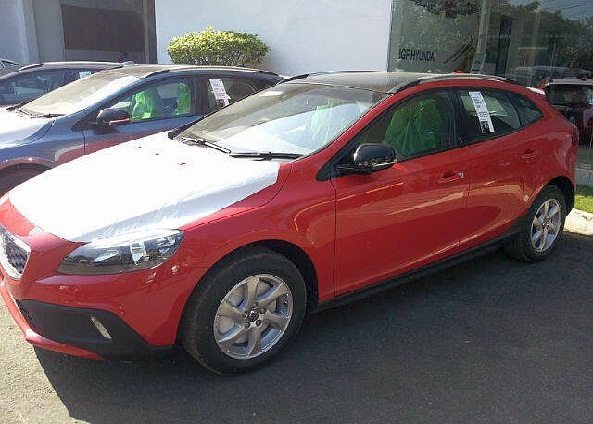 The Volvo V40 Cross Country will battle it out against highly popular BMW X1, Audi Q3 and Mercedes B Class in India.

On the inside, the car comes with 40/60 rear seat backrest that can be easily folded. The load compartment can be equipped with a practical hanging load net. A soft safety net is optional and a steel version is available as an accessory. The car can be equipped with a versatile “extra” floor in the load compartment.The front passenger seat can be folded forward to create even more space. In addition to the two permanent hooks, the extra floor integrates hooks for bags. Between the upper and lower floors there is a concealed storage area.

Below the armrest is a storage compartment suitable for CDs and other small items. It also features a connector for either USB/iPod or AUX, depending on the audio system specified. The armrest can be adjusted to provide extra support for the driver. Two cup-holders and a 12V power outlet are integrated in the console in front of the armrest.

The interior lighting is designed to give a “theatre lighting” feel. LED lamps are used to light up strategic areas. The driver can enjoy a red-to-blue setting that adapts the light to the interior temperature – or choose between another seven mood themes. The reading lights front and rear can be dimmed.

The V40 Cross Country features All Wheel Drive mechanism available on the T5 petrol turbo motor. The five-cylinder 2.5-litre T5 engine has a power output of 254 hp and 400 Nm of torque, including 40 Nm overboost delivered during acceleration. It comes with automatic transmission and acceleration from 0-100 km/h takes 6.1 seconds. Fuel consumption is 7.8 l/100 km (EU Combined).

All engine versions have start-stop and braking energy regeneration, no matter whether they are fitted with a manual or automatic gearbox. The V40 Cross Country also features Hill Descent Control on the T5 version.