Home News Why you should not be near a car performing Hagwalah ? 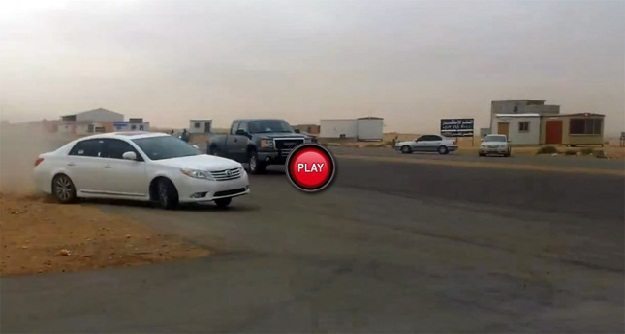 The tube is full of videos of Arabs practicing drifting in cars that you never thought would drift. Called Hagwalah locally, finding cars drifting on the freeways isn’t the most uncommon thing in Saudi Aarb. Now, common or not, it is still something spectacular for the bystanders and this video here shows how dangerous it is to stand in almost middle of the road to watch a crazy bloke trying his hand in drifting, nay, hagwalah.

This guy here, who was busy watching a car drifting on the expressway, just gets saved from the car running over him. The least he could have done was to run away when he saw the car approaching him.