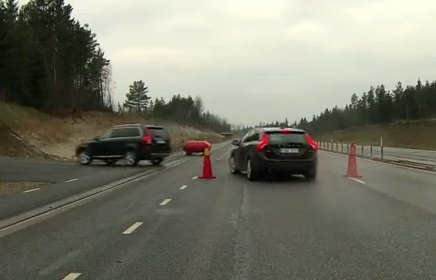 Volvo, arguably the world leader in safety technology is readying itself with the next generation of safety technologies to stay ahead in the game. The Swedish carmaker, respected the world over for the safety of its vehicles has recently released three new videos exhibiting the work in progress at its R&D HQ. The three showcased technologies comprise a driverless or autonomous car ala Google’s driverless car, Intersection support and animal detection.

While all these technologies are still in the prototype testing stage, they are not very far from hitting the production vehicles. Have a look at these videos, to have an idea of what the vehicles may be capable of doing in a few years from now.

We would also like to know if you would ever leave your life at the hands of machine. Do you think the idea of a car which drives itself without human intervention is possible? Would be it safe enough? Do let us know your views