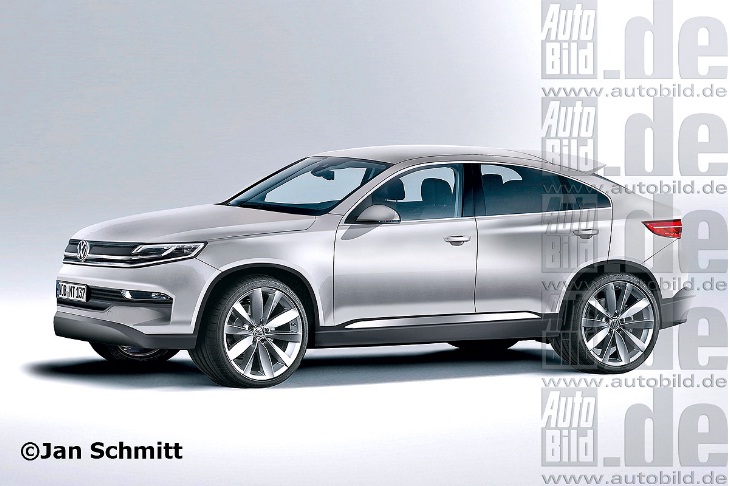 The BMW X6 has been one of the most talked about cars of recent times. It has also been one of the most successful. BMW can be safely credited with the creation of the coupe-crossover segment. The X6 sits above the X5 in BMW’s portfolio and is also the most expensive utility vehicle brand from the Bavarian manufacturer.

The impact of the X6 is such that arch rivals Audi and Mercedes have headed back to the drawing boards to come with their own version of the SAV. Now, it has emerged that Audi’s parent carmaker Volkswagen too is contemplating a coupe-crossover to rival the BMW X6. The new car will be based on the popular Touareg luxury SUV and will be called as Touareg CC. The CC will be lighter than the donor car by about 300 kgs and should offer class leading space at the rear. The Touareg CC will be launched in its parent market in 2014 and will, in all probability, make it to India in 2015.