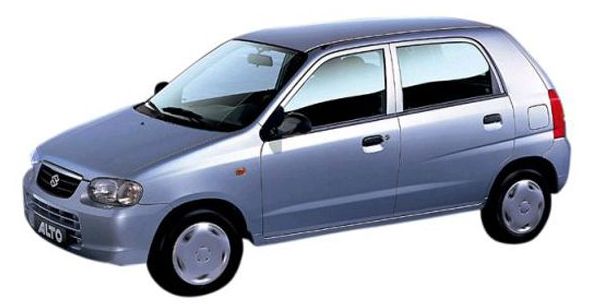 Its only been a day since Volkswagen bought a stake in Suzuki but both companies have already started planning about how to make their partnership favourable for each other. Volkswagen-Suzuki is planning to launch a replacement for the Alto apart from developing small cars in the $4000-5000 range for the Indian and European markets.

Speaking to the media, R.C. Bhargava, Chairman, Maruti Suzuki, said that the company will need a car in the Rs. 2.5 lakh price range. He admitted that earlier it had the 800 and now the Alto but at some point a replacement will be needed for the Alto. He also said that the above price range comprises the entry-level segment for Indian car buyers and they can’t ignore that segment.

Volkswagen is likely to launch its hatchback Polo in the country at the upcomming Auto Expo in January. Both the companies are also chalking out plans to develop electric and small cars for India and Europe which will be launched under both brands. They are specifically looking at developing a new car in the $4500 price range. Currently, the cheapest offering from the Volkswagen stables for Europe is the Up which retails for under $9000.

The spokesperson for Volkswagen, Fabian Mannecke, told the media that Volkswagen will be greatly interested in a car below the price segment of the Up and it is something that they will need to check in their future together with Suzuki.

Suzuki is interested in sourcing diesel engine technology from Volkswagen. Suzuki lacks behind other manufacturers in terms of diesel engines and currently sources the engines powering its cars from Fiat. The companies are also looking at developing common platforms for their future cars.