Only few days after the launch of the new Polo in India, Volkswagen Pune Plant reached yet another milestone. The state-of-the-art manufacturing facility has rolled out over four lakh cars in a span of just over five years. The 400,000th car to come out of the manufacturing facility was a Polo Highline for the domestic market equipped with the brand new 1.5-litre TDI engine.

Since the start of production at Volkswagen Pune Plant in March 2009, more than four lakh cars have been produced for the domestic as well as over 32 export markets across three continents. The cars currently being produced at the Pune Plant include Volkswagen Polo and Vento (in both, left and right hand drive version) and Skoda Rapid. 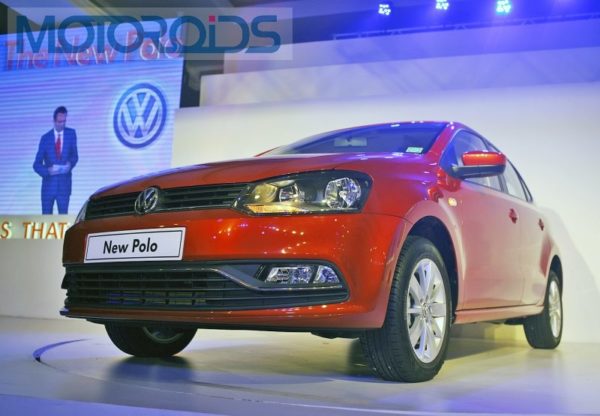 On the successful production of over four lakh cars, Mr. Andreas Lauenroth, Executive Director – Technical, commented, “The roll out of the 400,000th car is a testimony of Volkswagen running its India productions in a higher gear without compromising our highest quality standards. With this achievement under our belt, we plan to keep moving forward with a greater thrust to position ourselves as a committed car manufacturer in the Indian market.”

All the models produced at Volkswagen Pune Plant stand for German engineering with robust build quality contributed by unique production processes such as laser welding for roof, ultrasonic welding for trim as well as dash and hot stamped A and B-pillars.

On the side-lines of this momentous milestone, Mr. Mahesh Kodumudi, President and Managing Director, Volkswagen India Private Limited said, “With over 400,000 cars produced at our stat-of-the-art manufacturing facility for the domestic as well as export market, we have firmly established our operations. We will continue to focus on productivity and further localisation to cater to the demand from our markets.”