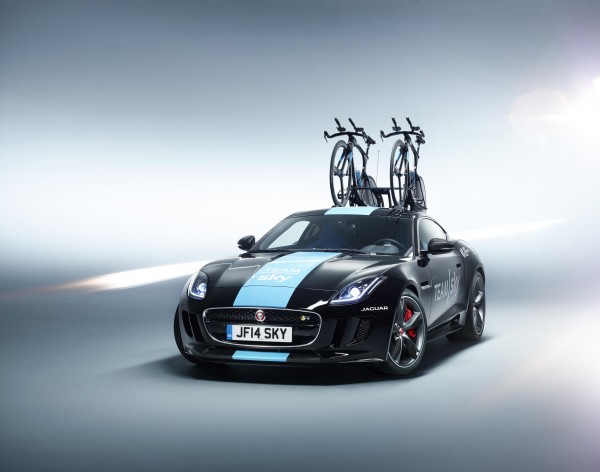 The annual multiple stage bicycle race will witness something special from Jaguar as the British carmaker has extended its support as an Innovation Partner to Team Sky. The company has designed, engineered and built a bespoke F-TYPE Coupé high performance support vehicle for the team to use during Stage 20 of the race. Stage 20 of the 2014 Tour de France will see riders traverse from Bergerac to Périgueux.

This unique F-TYPE concept vehicle is based on the F-TYPE R Coupé and will be supplied with the same 550PS/680Nm 5.0-litre V8 supercharged engine.

Jaguar does not plan to place into series production any version of this unique F-TYPE Coupé. Engineers working in the new Jaguar Land Rover Special Vehicle Operations team were briefed specifically to develop one vehicle for Team Sky, and this version of the F-TYPE sports car is now set to support some of the Team Sky riders on Saturday 26th July during the time trial (TT). 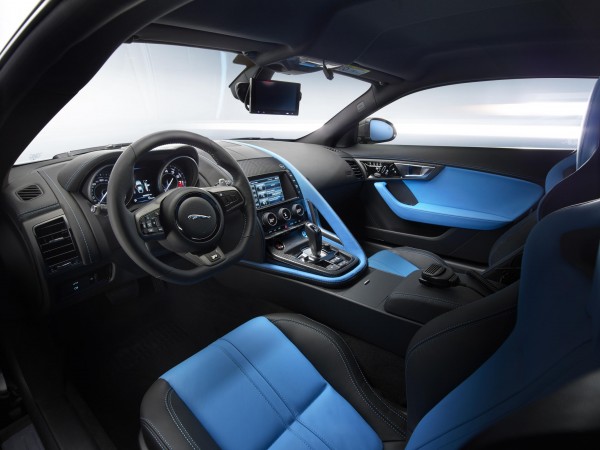 Bespoke features include a new racking solution, which carries two of the team’s Pinarello Bolide TT bikes. The vehicle exterior is finished in Team Sky’s famous livery, with colourways and other Team Sky graphic design features also present inside the car. Further specifications include a separate electric supply in the boot which provides power to the radios, amplifiers, microphones, horns and televisions which support communications between Team Sky’s Sports Director and the rider.

Expressing his views on the bespoke F-Type coupe, Sir Dave Brailsford, Team Principal at Team Sky said, “Jaguar is an iconic British brand that has been an integral partner for Team Sky for over four years. We have already benefited from their high performance credentials and expertise in technological capabilities and engineering innovations, particularly with the recent development of the Pinarello Dogma F8. This F-TYPE concept is a world class vehicle that will help get the best out of the team on the TT stages.”

JLR Global Brand Experience Director, Mark Cameron added, “Jaguar has supplied high performance support vehicles to Team Sky since its first season in 2010. The development of this F-TYPE Coupé is the latest example of our shared belief to push the boundaries and provide technologically innovative solutions, both on and off the bike. The visual impact of the F-TYPE Coupé during Stage 20 will also of course bring added attention to Team Sky and our unique partnership.”