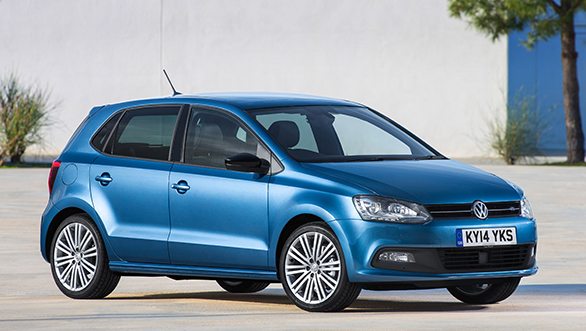 As we’ve been saying, the upcoming Volkswagen Polo facelift will be more than just a cosmetically updated model and would sport some major mechanical changes, the largest of which would lie under the hood. The highly anticipated 1.5 litre TDi turbo diesel engine for the Polo will debut with this upcoming facelift. This four cylinder 1.5 litre unit has been derived from the Vento and Polo GT TDI’s 1.6 litre unit and even though the upcoming motor is lower on displacement, it would churn out 105 PS of max power an 250 Nm of peak torque. The engine is likely to come mated to a DSG auto ‘box. Switching to this unit would not just bestow the car with more power but will also allow the model to continue benefiting from the excuse duty benefits. Speculations have been abounding that this motor would not just replace the GT TDI’s current 1.6 litre unit but will also replace the current 1.2 litre oil burner of the non-GT variants. For the latter though, it will have a lower max power output of around 90 PS.

The latest report goes on to say that Volkswagen India will plonk this engine into not just the Vento but also the Skoda Fabia and Rapid at a later stage.