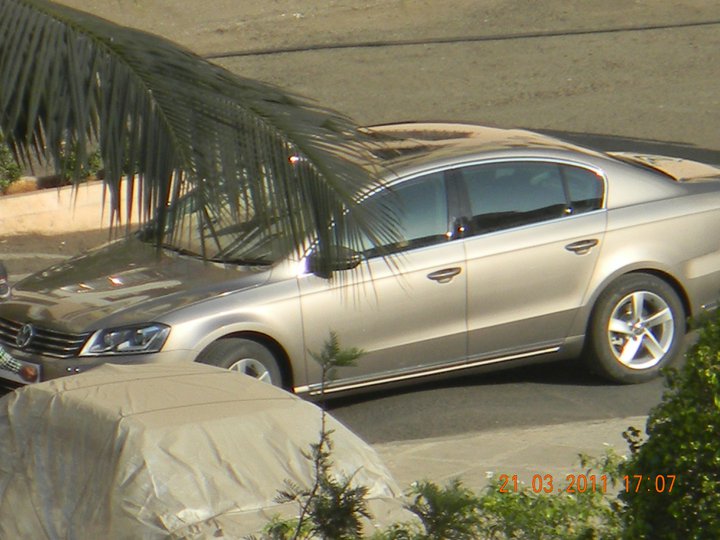 Volkswagen is launching the new Passat on the 29th of March 2011. The current Passat, which failed to score on aesthetics and features, will be replaced by the new model. One of the followers of the popular TV show on NDTV Profit – The Car and Bike Show has managed to click a picture of the new car.

Now there is something unmistakable about the Indian environs. When you click a car in an India backdrop you somehow get to see it in a different light than how you saw it on those high-quality press pictures. It looks like the real deal, and gives you a much better idea on how the car is going to look like the desi environs. Same goes with this pic. Just one look at this spy picture of the new Passat helps you get the perspective. Following the signature VW design philosophy and the consequent handsome looks, the new Passat looks much better than its predecessor.
VW is also marketing the new car as an efficient and green car, what with the new ‘Think Blue’ tagline and the incorporation of the Bluemotion line of engines. Expect the new Passat to help the brand get out of the shadow of the highly acclaimed and better selling Superb. The pricing will also be in the same region.