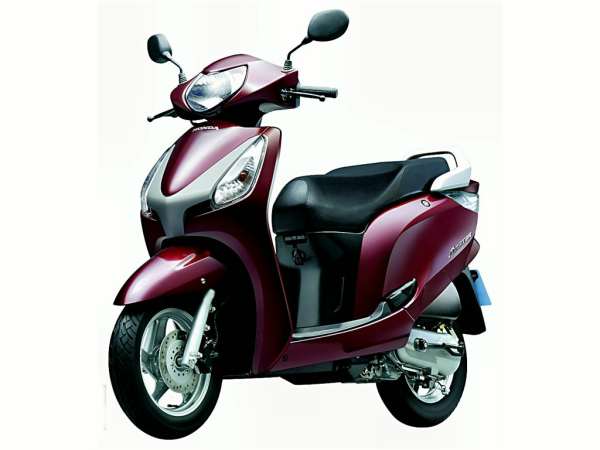 India’s leading scooter maker HMSI is not content with being the No.1 scooter maker’s spot and wants an even bigger share of the pie. The company has officially stated that it wants to launch even more gearless scooters in the market. Honda currently sells Activa, Dio and Aviator in the gearless scooter market. The reason for the strategy according to the company is that it sees more growth in the segment.

“We are the market leader in gearless scooters. With demand for gearless scooters to grow in the domestic market, we are upbeat on this segment. Going forward, HMSI sees 40%business from scooters and 60% from motorcycles,” said HMSI’s President and CEO, Shinji Aoyama.

The company believes that the demand for gearless scooters will be more in smaller towns and cities, and will continue to manufacture more scoots to meet the demand. Honda also plans to add 100 more dealerships to its current 1,200 outlets by financial year 2012 to tap the rural market.

HMSI’s ambition, in the post Hero Honda world is to acquire the leadership position in the Indian market in the next decade. “We are very happy for the support from the people (in India). We need the same support to be number one in the next decade in India” said Aoyama.

Speaking about the disaster in Japan, Aoyama said, “the recent calamity in Japan has not affected our two-wheeler industry much.”

Honda has sold as many as 16.5 lakh two-wheelers in India in 2010-11. The company has a waiting list of 2.6 lakh customers, and working on increasing its production capacity to meet the surging demand. The company will make its second plant in Tapukara, Rajasthan with a capacity of 12 lakh vehicles per year operational in July 2011this year.