Volkswagen Motorsport India, today, announced the Vento Cup 2015 – a one-make car racing series which will be a part of the 18th JK Tyre Racing Championship. The Vento Cup will be replacing the Polo R Cup which made its India debut in 2010. Serving the purpose of providing young racing talents a platform for showcasing and cultivating their skills, Vento Cup 2015 will feature Volkswagen Vento race cars specially developed for circuit racing with high performance and international safety standards. 24 drivers will be seen competing against each other over the championship season for the title honours. 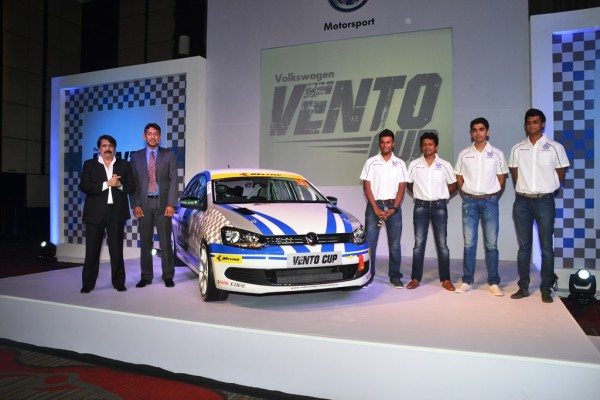 Based on the same lines as that of Polo R Cup, Vento Cup will serve as a one-make series with equally prepared cars being given to selected racing drivers for the entire season. The racing competition would thus boil down to drivers’ skills where they would have to defeat the others in equally paced machines. Drivers for the Vento Cup 2015 would be selected through an intensive selection programme, the registrations for which are open from today. Once the drivers are selected, they will be trained further and would be prepared to compete in races that will be conducted as a part of the 18th JK Tyre Racing Championship. 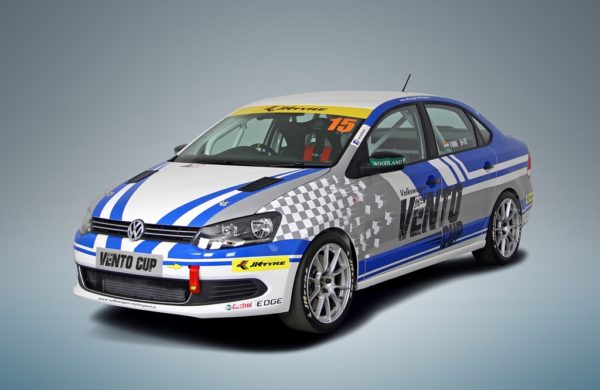 The Vento Cup race cars that will be prepared by Volkswagen Motorsport India for the drivers will be based on the Volkswagen Vento production cars. These cars will have higher performance derived from a 1.4-litre TSI engine mated with a six-speed DSG gearbox producing maximum power of 180 PS and maximum torque of 250 Nm. The cars will be equipped with all the safety features as prescribed by FIA such as roll-cage, racing seat, six-point harness, fire extinguisher etc.

Mr. Sirish Vissa, Head of Volkswagen Motorsport India, commented “The Polo R Cup was an extremely successful series for us. Through the series, we have nurtured over 65 drivers till now and given sponsored opportunities to 11 drivers to far.” He further added, “With the Vento Cup, we are moving to a car which will have improved dynamics allowing the drivers to have a wider learning scope. The different body style will also add to different setup of the car and will vary its speeds as compared to its predecessor.”

Mr. Sanjay Sharma, Head of JK Motorsport, said “Motorsport is in the DNA of Volkswagen globally as well as in India. I am happy to see Volkswagen taking the next step forward. It is a privilege for us at JK Motorsport to once again have Volkswagen Motorsport as a part of our series in 2015. Together, we want to step up the game and provide even more exciting races. Through our partnership, we want to further strengthen the Indian racing drivers’ pool.” Speaking on the association with JK Tyre and JK Motorsport, Mr. Vissa added, “It has been an extremely fruitful partnership with JK Motorsport over the past five years. Not only have they given us tyre support but also assisted us in coming all the way up till here where we stand today.”

The registrations for drivers’ selection begin from today, 15th January 2015, and will go on till 25th February 2015. The selection process will take place through two programmes of karting scheduled to be conducted in Pune. The drivers will be selected across three classes – Junior, Pro and Masters. The selected drivers will have to pay participation fees of Rs 8 lakh (Junior & Pro) and Rs 12 lakh (Masters). There will also be a limited number of seats for international competitors (Rs 14 lakh for the entire season) in order to mix the competition levels and bring in expertise from other countries.