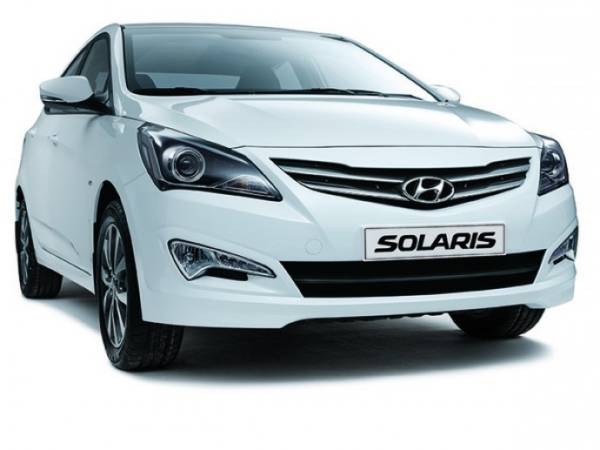 The Hyundai Verna facelift will soon be upon us, with Hyundai India readying the car for a 16th February launch. Regarding the face-lift, it has already been implemented in Russia and China, where’s its called the Solaris. 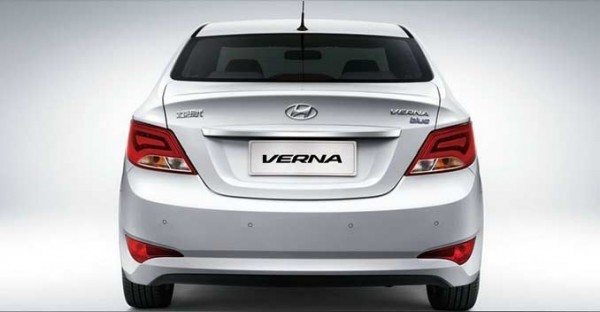 Visually, let’s have a detailed look at the Russian Solaris, the one which the Indian version will very closely mimic. Here’s a brief design review of the same: 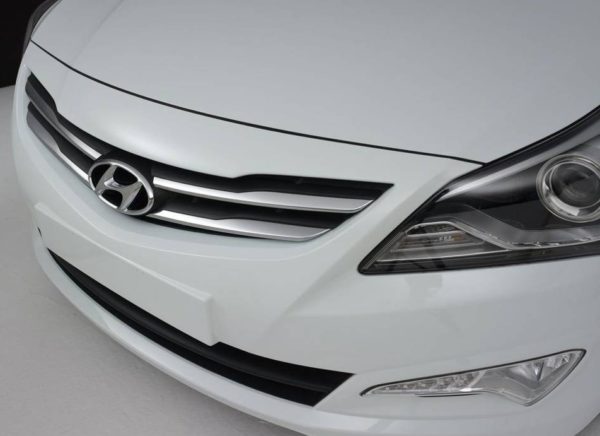 The new, front grille has been simplified, apart from a getting couple of chrome licked slats. Predictably, the Hyundai logo takes center stage. 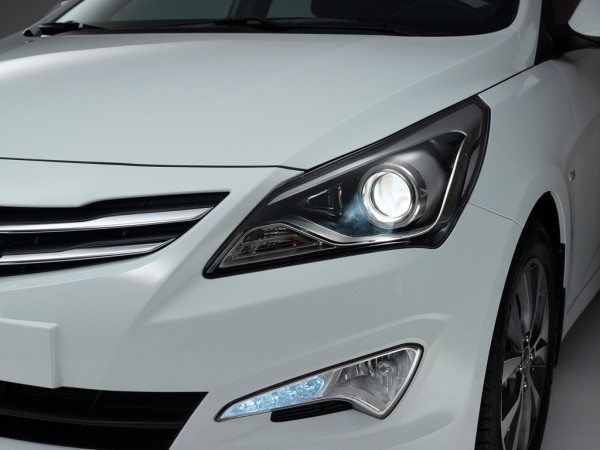 Jeweling up the front will be new, wraparound head lamps with a sinewy, metal strip running inside, apart from projector illumination. However, for India, it still isn’t clear if projectors will be standardized throughout the range, as base variants may still continue with traditional halogen illumination. 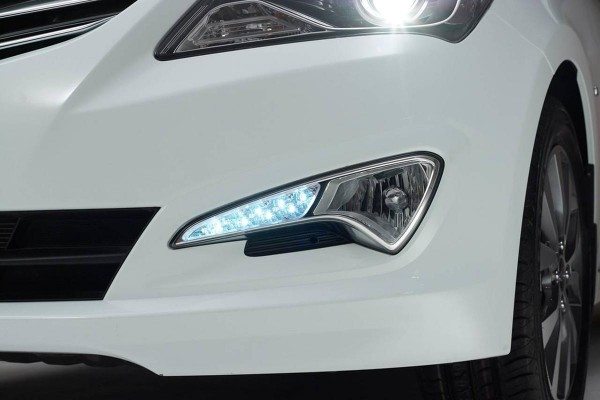 Of course, there’s a new bumper as well, parading a newly devised central air dam and fog lamps, the shape of which attempts to miniaturize the head lamps.  While the Russian version gets DRLs, the Indian one might actually skimp out on those. 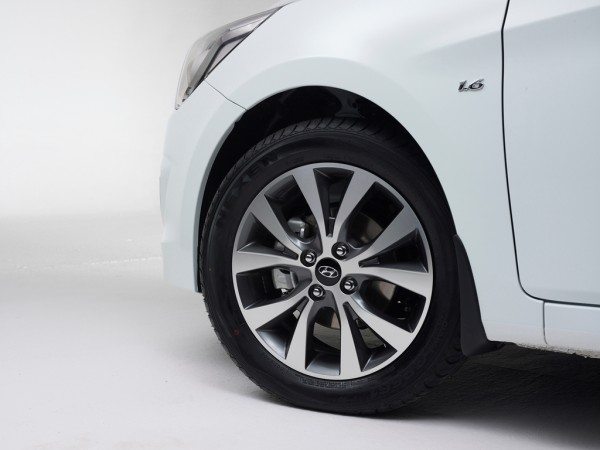 The alloy wheel design will be carried over from the 2014 Fluidic Verna.. 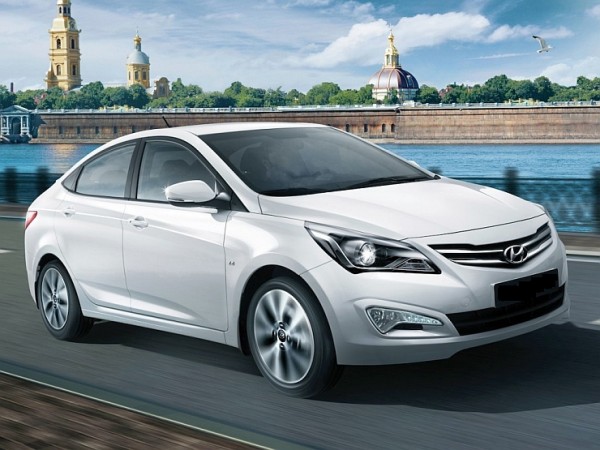 ..so will the sides, which keeps the Fluidic philosophy intact. 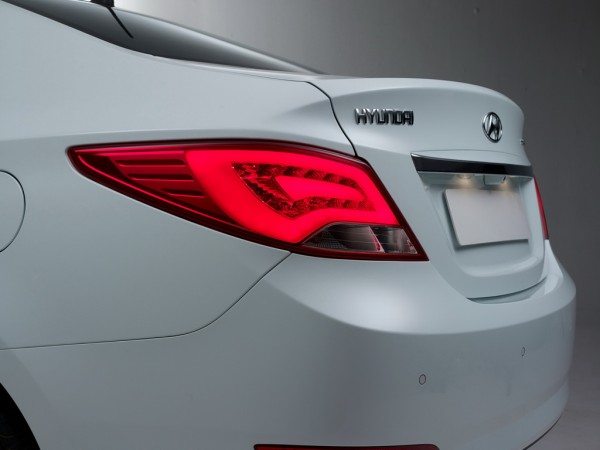 At the back, there’ll be new LED elements inside the tail lamps, and a slightly altered rear bumper. 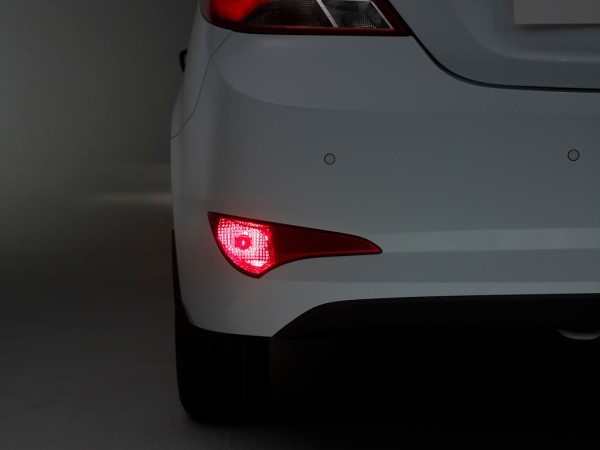 New reflectors and rear fog lamps – like the front fog lamps, even they try to mimic the shape of the tail lamps. 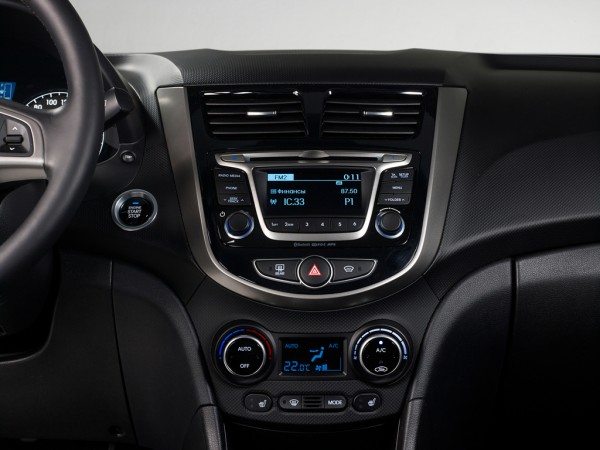 Inside, minute changes to the center console might be in order, which includes new HVAC related buttons below the rotary controls. Also, expect beige and wood trimming for us. 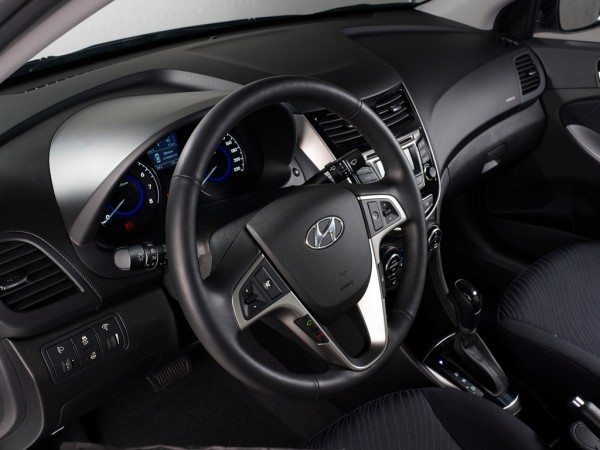 Apart from that, most of the interiors will be carried over from the 2014 Fluidic Verna. 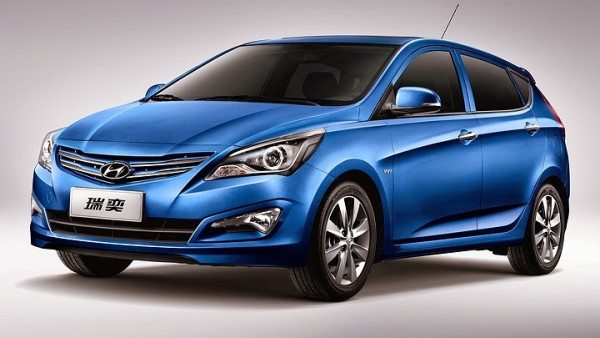 Intriguing: This how the Chinese, hatchback version of the Solaris looks.

Stay tuned for a detailed review of the Hyundai Verna facelift soon!