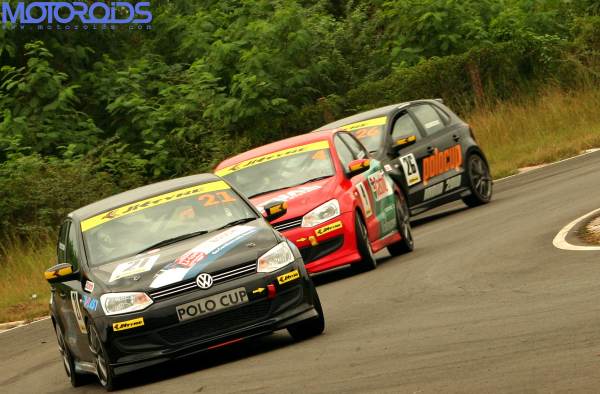 You can track the race LIVE along with the classification here


Qualifiers : Parth Ghorpade on Pole for the first race of Round 5 at Chennai. Parth beats Vishnu to take the Pole Position / Round 5 to be flagged off on Sunday, November 28, 2010 at Irungattukottai Race Track, Chennai

Parth Ghorpade put in an impressive lap to claim the Pole Position for the 1st race of the 5th Round of Polo Cup India 2010, at the Irungattukottai Race Track, Chennai, covering the 3.717 km track with the best lap time of 2:03:135. Championship leader Sailesh Bolisetti will start from 5th position, with a difference of one-tenth of a second from Karthik Shankar. 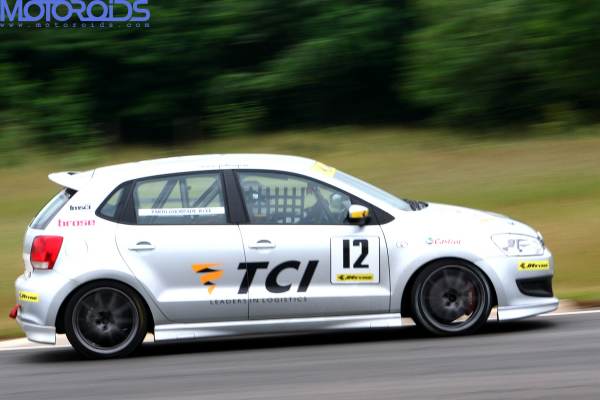 Vishnu Prasad clinched the 2nd position with a time of 2:03:423 followed by Sahil Shelar with a lap time of 2:03:511. Mohd Fahad Kutty, who is placed third in the Championship, will start 11th in the first race tomorrow.

Speaking about winning Pole Position, Parth said, “It feels great to be on Pole. With only two rounds left in the season it’s now crunch time. Being the 1st on the grid will give me the advantage I need to fight for a place on the podium and earn the crucial championship points.”

The qualifying grid for Race 1 is as follows:

The highly successful Volkswagen-JK Tyre Polo Cup India is in its debut year in India. This will be the fifth and pen-ultimate round of the Championship with Sailesh leading the Championship, closely followed by Parth Ghorpade and Mohd Fahad Kutty.

The current driver standings after the first 4 rounds of Polo Cup India 2010 in are as below:

The Polo Cup India will have six races in total. The final race of the Championship will take place on the race course in Chennai.