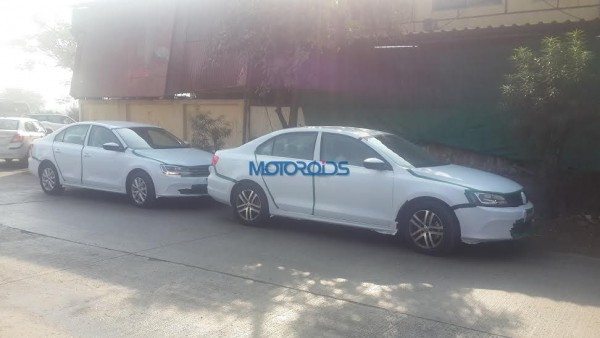 A couple of prototypes of the Volkswagen Jetta facelift were spied in Pune ahead of it’s February 17 launch. 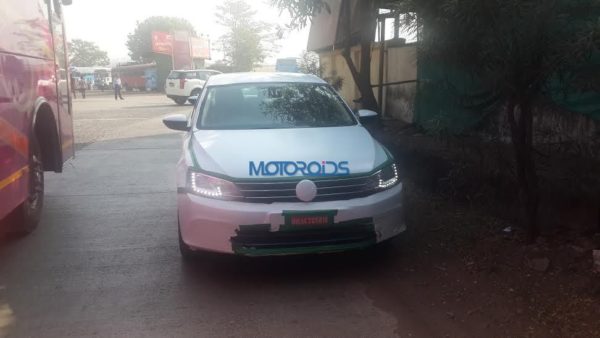 The new Volkswagen Jetta receives a Passat-like front fascia with optional bi-xenon headlights and L-shaped LED daytime running lights. At the rear there’s a subtly revised trunk lid with a spoiler along with new LED taillights. According to Volkswagen, the new Jetta has been aerodynamically optimized. 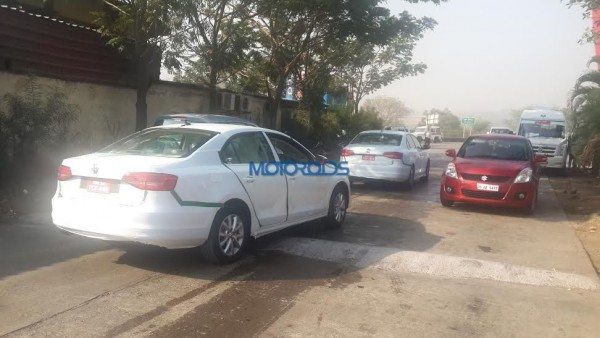 Coming to the interiors, the Jetta facelift gets a new flat-bottomed, multi-function steering wheel, new instrument cluster, restyled HVAC vents, a new touchscreen infotainment system and piano black finish on the center console and around the gear lever, apart from new seats with a new fabric pattern. 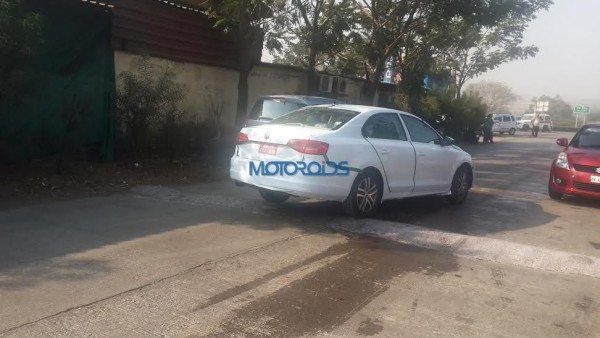 The Jetta is expected to continue with the same 2.0-litre TDI diesel and 1.4-litre TSI petrol engines as the current model. Gearbox choices at present include 6-speed manual and dual-clutch automatic (DSG) transmissions, which are unlikely to see changes.