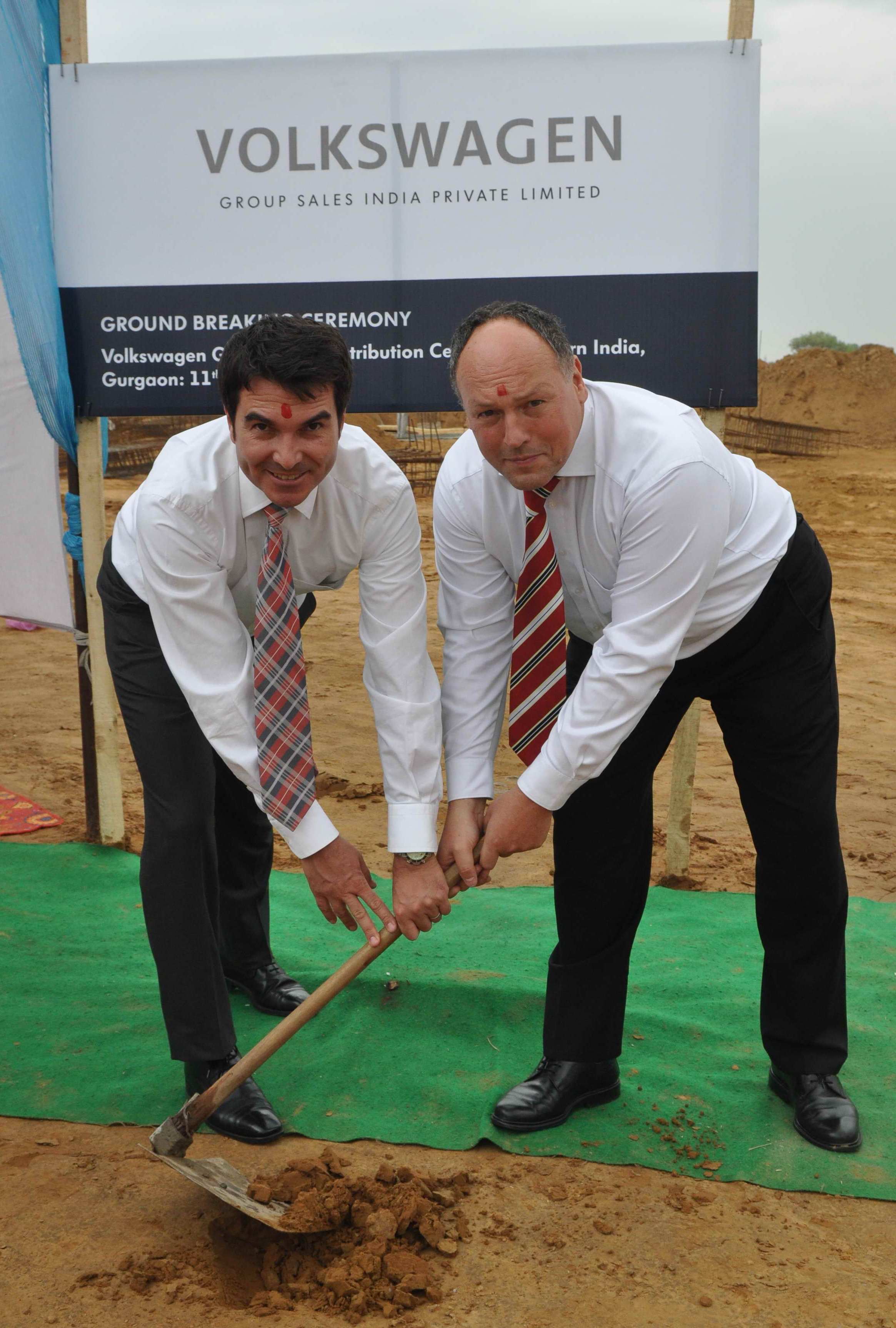 The Volkswagen Group India today carried out the ground breaking ceremony in Gurgaon, for its first Regional Parts Distribution Centre (PDC) under its ‘Depot NetworkDevelopment Project’ which will serve the entire Northern region for the Genuine Parts Sales for the Volkswagen Group in India. The ceremony began with a Bhoomi-Poojan in the presence of Mr. Maik Stephan, Managing Director, Volkswagen Group Sales India Private Limited and Mr. Dietmar Hildebrandt, Director Group Service, Volkswagen Group Sales India Private Limited.With its strategic location, the PDC in Gurgaon,next to the planned Kundli-Manesar-Palwal (KMP) corridor, will significantly contribute in reduction of the current leadtime to provide Genuine Parts to Dealers and Service Centres. The Northern region is important for the Volkswagen Group India as it accounts for 35-40per cent of parts sales in India.

This is the first step by the Volkswagen Group India under its ‘Depot Network Development Project’. As part of this project,the Volkswagen Group India is planning to set up four such Depots across four regions of India which will provide a combined storage space of approximate 43,000 square metres. Gurgaon PDC is the first Depot under this Project for the Northernregion, which will be followed by the Central Depot in Greater Mumbai for the Western region. The Depots for South and East region will be located in Bangalore and Kolkata respectively. The Gurgaon PDC is a 16,000 square metres facility which will include a Regional Warranty Parts Centre.

Mr. Maik Stephan said, “A Strong After Sales Service is the backbone of an efficient dealer network. Therefore, the Volkswagen Group India is continuously strengthening its After Sales Services where we are using synergies for the operations of our brands – Audi, ŠKODA and Volkswagen in India. With the new Regional Parts Distribution Centre, we will further strengthen the efficiency of our After Sales and the service quality for our customers.”

The PDC will run on state-of-the-art software that has been specially designed forthe Volkswagen Group India.The building and processes within the complex have been designed in line with global standards of the Volkswagen Group. The facility will have a lean team of Volkswagen personnel who will manage operations with a third party logistics service provider.

Mr. Dietmar Hildebrandt said, “TheRegional Parts Distribution Centre (PDC) will deliver most of the Genuine Parts demand within 24 hours to the Volkswagen Groupbrandsdealer network in the Northern region with focus on customer satisfaction. We have just ‘raised the bar’ for the passenger car industryand set a trendfor the After Sales Services market in India.The PDC is expected to start operations by end of 2012.”

The facility will serve the dealer network for all available models of the Volkswagen Group India.