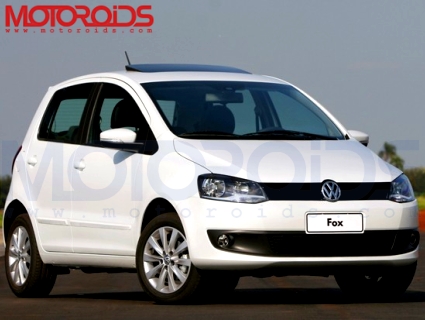 Volkswagen is staying in the news everyday. Be it the Vento or the Polo, there is constantly some buzz surrounding the German carmaker’s Indian operations. Fresh for today, is Volkswagen Group’s India Communication Head Kurt Rippholz’s chat with the Economic Times. As per his comments it seems that Volkswagen is contemplating on launching/developing a new car that will sit below the Polo in their product portfolio. Kurt Rippholz told the media, “Believe me, we will have something smaller than the Polo. We are working on it.” He further added that nothing has been finalised since the company is in the conceptualisation process and is analysing the market potential. When asked about the probable model that will be launched in India, he said, “There’s the Fox in Brazil and Ibiza that’s sold in Spain. But India is a different market. First, we have to decide which car will it be.”

The Volkswagen Fox that is sold in Brazil and Argentina

The Ibiza (quoted as the Ebisa by Economic Times) is a model that VW sells in Spain under the ‘SEAT’ brand. We had spotted the car being tested in India in late 2008, when the new Polo had just made its international debut. However, the testing might have been underway not for the Ibiza itself, but probably for the engine and suspension components that were meant for the Indian Polo. The Ibiza is based on the same PQ25 platform that underpins the Polo, Vento and the upcoming Skoda Felicia. However the platform also underpins the 2010 Fox, which is well received in Brazil and Argentina. Since both these markets have a similar nature as India and the fact that the Fox shares quite a few components with the Polo, there is good possibility that the Fox will be the smaller hatch coming to India.

However, we can’t discount the fact that Volkswagen might be in the process of developing an all-new vehicle for India with the help of their new partners Maruti-Suzuki. The small car market rules 75% of the automobiles sold in India, out of which, 55% market share is enjoyed by Maruti Suzuki themselves. Volkswagen had earlier confirmed that they are in talks with Maruti Suzuki for joint product development and we won’t be surprised if the small car we are talking about is one such product. Stay tuned as we bring you more dough on this news piece.