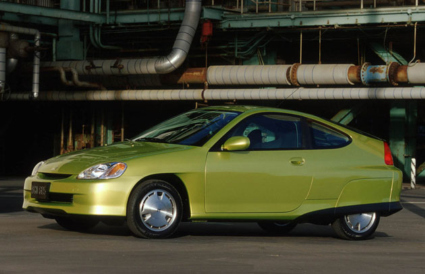 I asked my uncle about his choice between a Sipani Dophin and a newer car. Though there is no connection between the two and both belong to different segments of market altogether, but the interesting part is what he replied. He frowned at the newer car and said, “My son, Old is Gold.”

Then came this Environmental Protection Agency’s list of the most fuel efficient cars from 1984 to the present day. And its not the new cars like the 2010 Prius or the 2010 Insight that have taken the honours. Surprisingly the first thing that came to my mind when I checked the result was my uncle’s golden words which I mentioned earlier and the car taking the top-spot is Honda Insight from the year 2000. A combined figure of 53 miles to a gallon is what it takes to claim the top-spot in the list. It even manages to better the latest-Prius’ fuel economy by a whopping 3 miles to a gallon. Honda should be happy as it has five cars in this list. Five out of the ten most efficient cars in USA are made by Honda. Impressive.