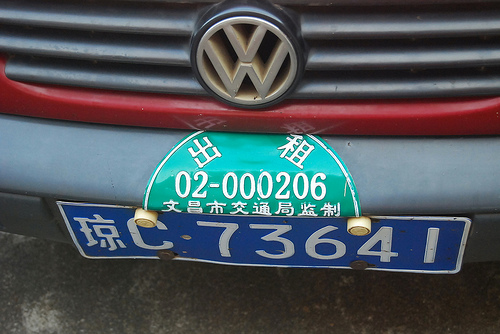 Arguably the largest car manufacturer in the whole world, The Volkswagen Group is targeting sales of as many as 2 million cars in China this year. So far, Volkswagen has sold 1.9 million units in China from Jan to Oct period of this year. As compared to Jan-Oct period of the year 2010, sales of VW in China grew by a healthy 14.8% this year.It may be noted that China’s automobile industry is the fastest developing auto industry in the whole world today. Despite fears of a decline in the world economy, Volkswagen is sure that the China will see a substantial increase in demand of vehicles by the year 2015.

Chinese and world-wise auto industry analysts expect the Chinese industry to grow at a rate of 10% annually for the next few years.Mr Karl Thomas Neumann, CEO & President, Volkswagen China, told that Volkswagen plans on pumping up the manufacturing capacity of their plant in China to a 3 million units by year 2015. Currently, Volkswagen’s annual manufacturing capacity is of 2 million units in China. In order to be ready to meet the rising demand for cars in China, Volkswagen Group has announced the above mentioned plan. Volkswagen also plans to introduce a few new models in China within the next 3 years.