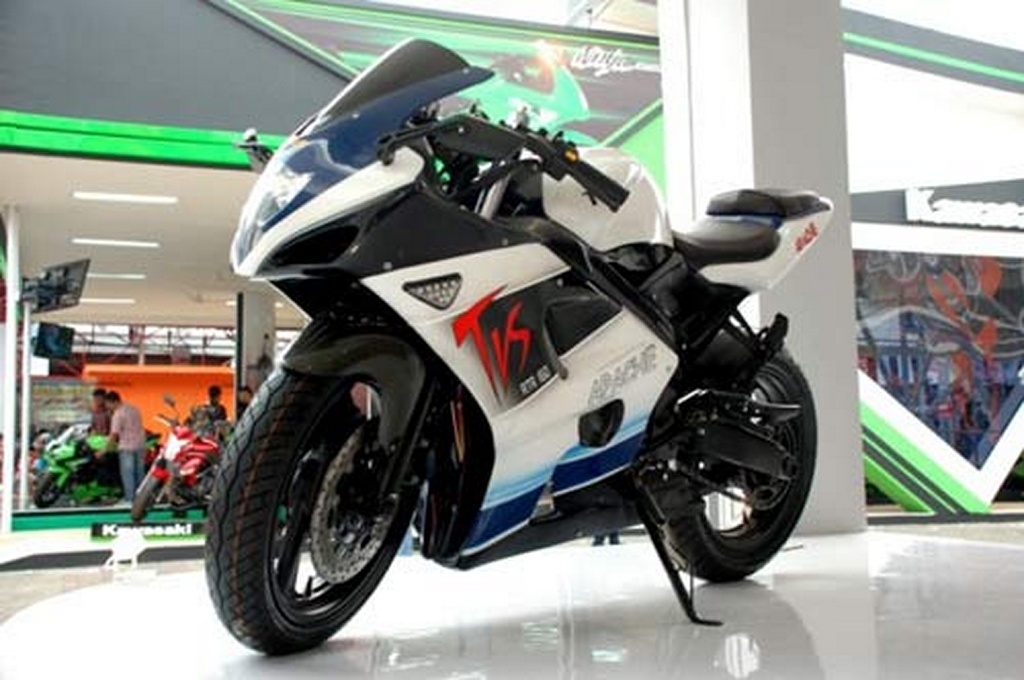 Well, TVS may have actually unleashed the racing DNA in India with its Apache range of motorcycles. Available in the 160cc and 180cc variant, the bike poses as a tough contender to the R15, Pulsar 150 and various other 150cc bikes available in the market. The plus point of the motorcycle is the rev friendly engine which truly stands to the ‘RTR’ (Racing Throttle Response) levels of expectation. The peppiness of the bike is an advantage due to its light weight nature. However, it may not fit into everyone’s good books due to the enormous amounts of vibes it creates. Backaches are something common due to the uncomfortable seats and sporty stance which makes it a bit tough for city traffic and long rides. Even though the spares may not need frequent replacement, they are costly and the engine often cries for service due to its rough nature.

The oldest Apache was quite simple without the sporty additions. Then later on came the rear sets, clip on handlebars, split grab rail, rear disk and many more. To add to this, The Apache was available in the Fuel Injection version too which boasted of a bit higher efficiency. Then came the 180cc RTR following which, a cosmetically redesigned Apache RTR 160 Hyper Edge came into existence. 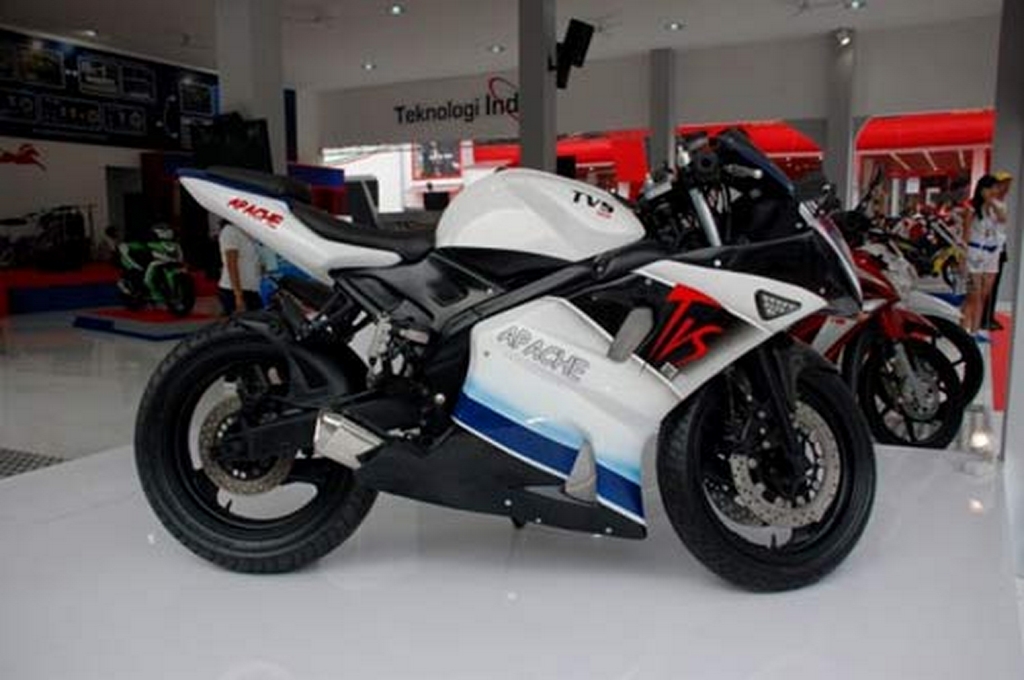 With this, TVS is all set to launch a new face-lifted model at the 2012 Delhi Auto Expo which is scheduled to be held in January. Our friends at Motorbeam have managed to come across a picture which suggests that this model could be a fully faired version of the Apache. This fully faired Apache was recently displayed in Indonesia by TVS. At a first glance, the bike looks no different from any other sports bike; moreover it looks like a miniature Gixxer. However, as compared to the previous Apaches, this one is definitely more muscular to give it a sportier look. What raises doubts though is the weird font used for the word ‘Apache’ on the bike. The headlamp resembles that of a Gixxer. Expect the bike to burn rubber on Indian streets soon. And let’s hope TVS unleashes more Racing DNAs in the country with this fully faired Apache.