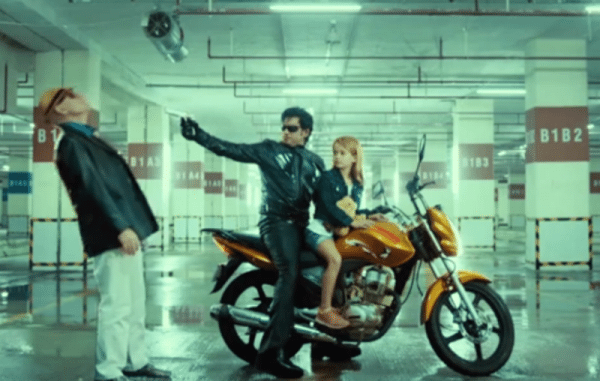 What the hell did we just see?

Watch Mr. Liam Neeson wannabe here, rescue a blonde child from the clutches of a band of terribly under-equipped baddies stationed somewhere in a mall parking lot in Dhaka, using every trick in the book. His ride – a Pegasus single cylinder commuter. 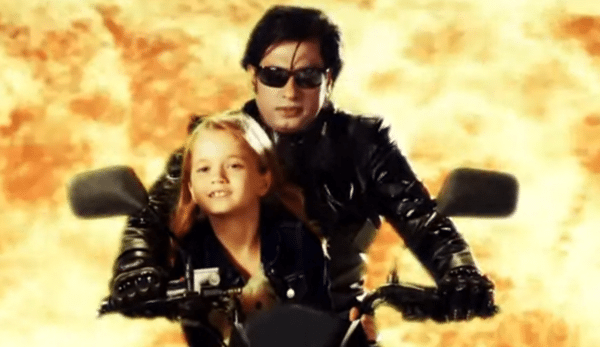 Our superhero, “Ananda”(or whoever) appears to be on a vigilant patrol on his Pegasus, when he gets a call from the villain, a cheap Pete Postlethwaite knock-off (of The Usual Suspects fame), demanding some godforsaken “code” in 30 seconds. Else, he’d happily slay the teddy bear hugging girl child. Our dude turns back, helmet-less, riding like the wind, splitting lanes through Dhaka traffic, which apparently is littered with Audis.

What happens next is a Transporter-like rescue mission, and is for you peeps to behold, then fall off your chairs. What’s more, he even gets featured on Time magazine and hold a patriotic press conference afterwards. Lord!

As for the bike, we didn’t bother to find out much. Watch the commercial below: