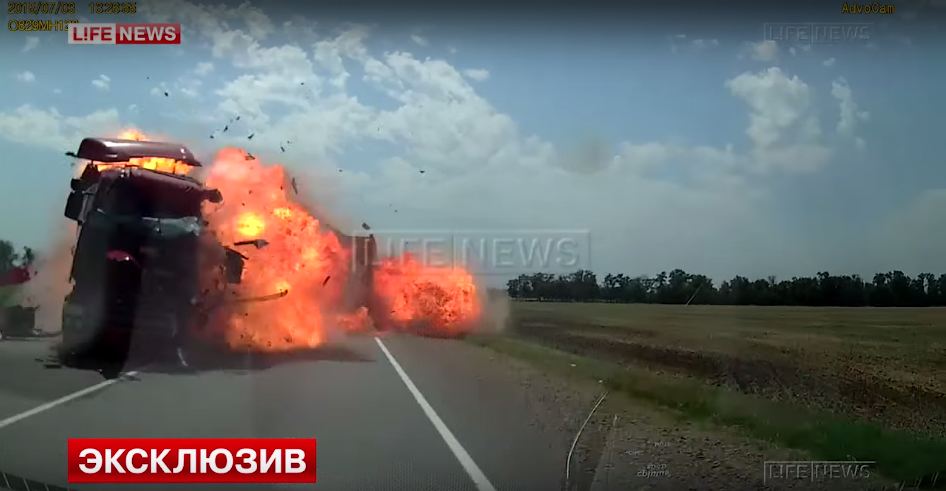 If only this were a scene from a CGI-heavy action movie. But it is not. This video, captured from the dash cam of a truck somewhere near Krasnador in Russia, shows the truck in front colliding almost head-on with another oncoming truck.

From the accompanying news report, it appears that the driver of the oncoming truck fell asleep at the wheel, a common occurrence on long-haul trips. You can see the truck in front of the cam trying to move to the right and get out of the way at the last minute, but it’s too late for that.

They collide with full force, and immediately go up in flames, as if two explosives had met mid-flight. Maybe one or both trucks were carrying precisely that, or some other incendiary devices. Maybe even petrol.

But this is something we have seen only in movies like the second Matrix, and Mad Max.

LifeNews report that the driver of the oncoming truck has been killed in the collision, while the other driver is in hospital with severe injuries. The driver of the truck with the dash cam seems to be unhurt, as he careened to the empty field to the right either by the impact, or in a last-ditch attempt.