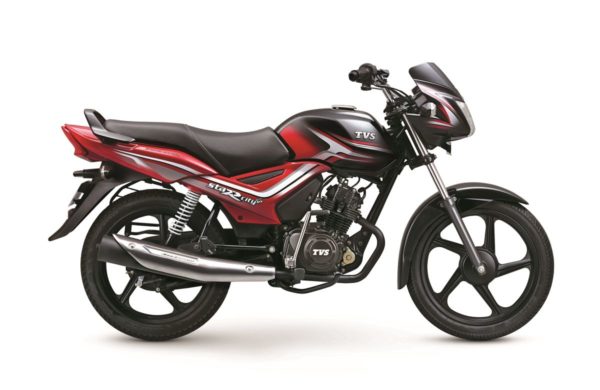 The film opens with a bunch of characters doing a series of double takes as M.S Dhoni watches the scene with an amused expression. He then, breaks the third wall, to tell the viewers that this reaction is inevitable when a person sets their eyes on the new dual tone Star City+ special edition. The motorcycle appears on the screen and the viewers are treated to its new dual tone design. Enjoying the attention, Dhoni rides away, leaving behind a bunch of bystanders who snap out of their reverie.

Commenting on this interesting concept, Aniruddha Haldar, Vice President (Marketing) –  Commuter Motorcycles, Scooters and Corporate Brand said that much like its users, the TVS Star City+ has always stood for style backed by substance as it seamlessly blends superlative handling and mileage with eye catching styling. As the Star City+ consumer draws a second look of admiration, so does the new dual tone Star City+.  They are confident that the Dekh Dobara Dekh campaign, which is simple and sticky, will ensure that this festive season, the love for the brand will increase and so will its loyal consumer base.

Conceptualized by McCann Bangalore, the idea of the commercial has been brought to life by Hungry Films. Puneet Kapoor- Executive Creative Director, McCann Bangalore, said, “We came up with a simple idea for the most stylish bike in its category which now comes with dual-tone styling. ‘Dekh dobara dekh’ was an idea born out of interesting double-take situations that the new dual-tone styling seems to demand. Our simple thought was pushed to the limits by Hungry Films to lend a magical feel to the narrative which will make you watch the ad much beyond dobara.”