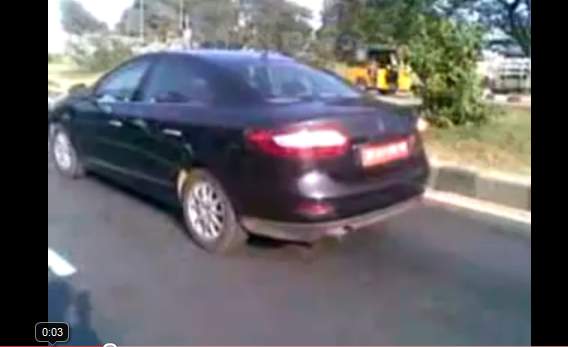 Renault Fluence, the car from the French car maker meant to wash the bad memories of the Logan away has been caught testing exclusively by Motoroids. The video shows the Fluence gilding at speeds of 40-50 km/h on Chennai streets. The video makes it sufficiently evident that the car has street presence and looks really nice and big from most angles.
The Fluence is slated for an India launch in April 2011. We have reported the test mules of the car being tested earlier as well. You can read our earlier report on the test mule pictures here, and a detailed report on the car here.
The Fluence will be powered by Renault’s well known 1.5-litre turbo charged diesel dCi engine which is good for 105bhp of power. The Fluence will arrive in India through CKD route, the kits for which will be imported from Renault’s Turkey plant. The French company will also have a fair share of localized components too to keep the costs down. The Fluence has to be a very good car going the fact that it shares it platform with the globally lauded Megane III.
The new car will be loaded with Gizmos, will boast great ride quality and will retail for Rs 13 lakh after its launch in April 2011. The main competitors will be the Chevy Cruze, Honda Civic and the base variant of the Laura.