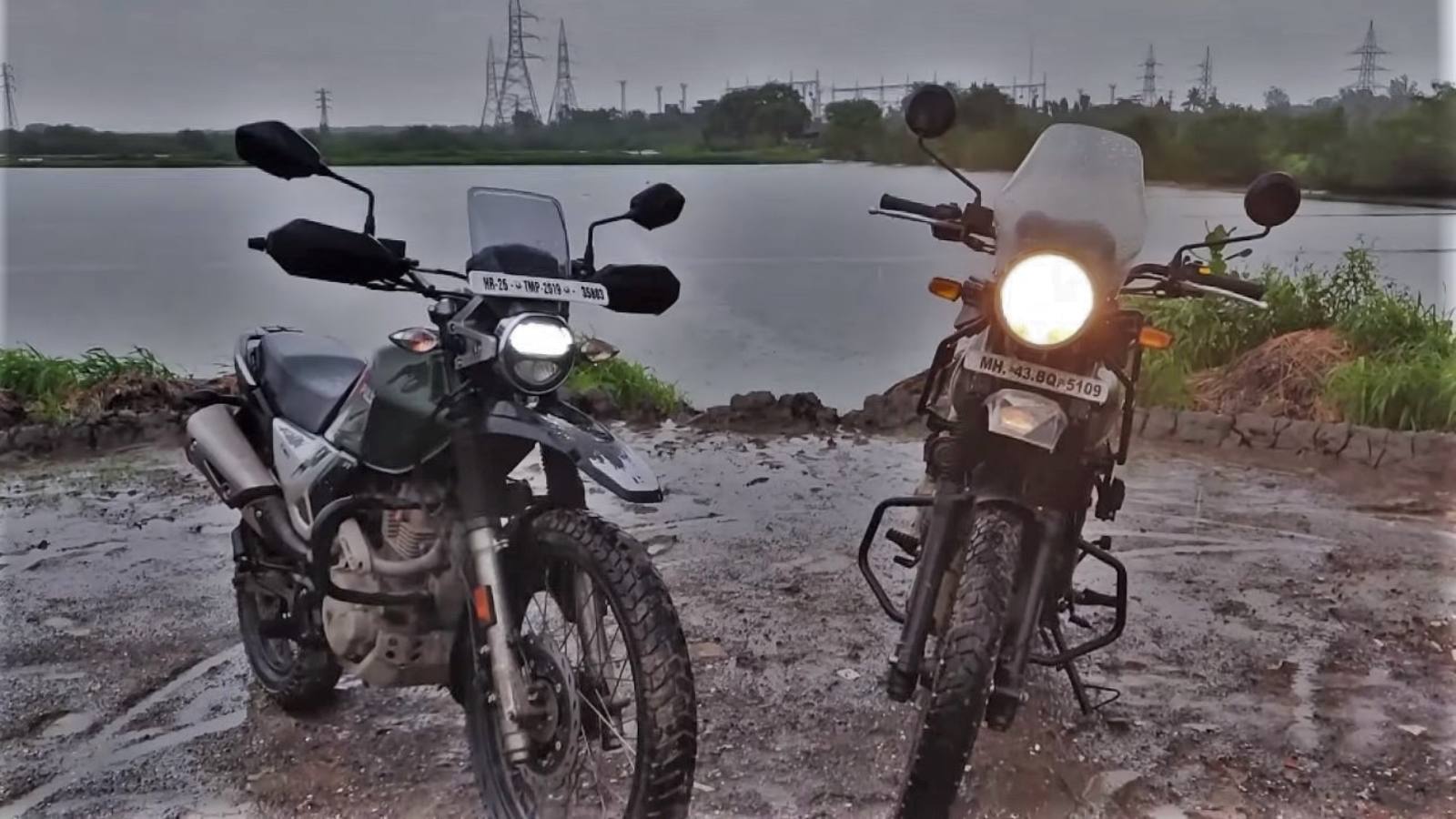 If you are after a budget-friendly adventure tourer, these days, you’ve got two options in the form of the new Hero Xpulse 200 and the Royal Enfield Himalayan for some more money. But is making a choice simple if it all boils down to just how fat your wallet is? Does the Hero Xpulse 200 punch above its weight? Or is it the Himalayan which still towers as the go-to machine if you want an all-rounder? With the weather making everything blossom around us in green and turning the World around us into a slush-filled playground, we took both these bikes out on a rainy day to try and figure, which one does what.

It is a no-brainer really if you are on a budget. Because in that case, the Hero Xpulse 200 builds a strong case for itself as a lightweight and playful machine which really comes into its own off the road. With its bigger wheels, sturdy build and long-travel suspension, it becomes the natural choice if all you wish to do is kick dirt all day. However, the engine’s lack of punch is apparent on the open road and once pushed beyond 90 km/h, the Xpulse 200 isn’t as relaxed a machine as much as you would like it to be. At the price for which it is being offered though, you can’t ask for more than what the Xpulse 200 already offers.

On the other hand, the Royal Enfield Himalayan asks for more money, and for that, it gets you a bigger engine which cranks out more power and torque. Which makes it a better all-rounder too as it can comfortably munch those miles when you have to cover longer distances and do that with a pillion or all the luggage you might tie behind. Off the road too, the 800mm seat height and the sorted suspension have your back when you put the bike through its paces. If only that rear ABS system could be turned off. Over the years, the bike’s build quality and reliability have improved and the Himalayan is now a much better machine than what it used to be a few years ago.