Everything else aside, the Royal Enfield Classic 500 in its new Stealth Black shade looked definitely smashing in those press images. However, like us, there are many out there who were keen to know what this particular RE looked like in person. Because it is rather rare for a Royal Enfield to roll out of the factory leaving its metallic sheen behind. However, for a motorcycle that’s slept under the night sky since 1901 and wants you to embrace the dark (words we picked from REs website), the new Classic 500 Stealth Black now comes with a bright new addition of a rear disc brake.

First Introduced in 2008, the Royal Enfield Classic is designed on the lines of the J2, an RE manufactured between 1947 – 1954. A tribute to British motorcycles of the post-World War II era, the Classic retains quintessential British styling of the 1950s; simple, harmonious, proportioned and well finished. Powered by Royal Enfield’s 350cc unit construction engine (UCE), its front & rear mudguards, the headlight casing, the fuel tank, an oval toolbox, exhaust fins, the speedometer dials, single-seat spring saddle, tail light assembly and the headlamp cap, all these conform to the native imagery of British motorcycles in the aftermath of World War II. 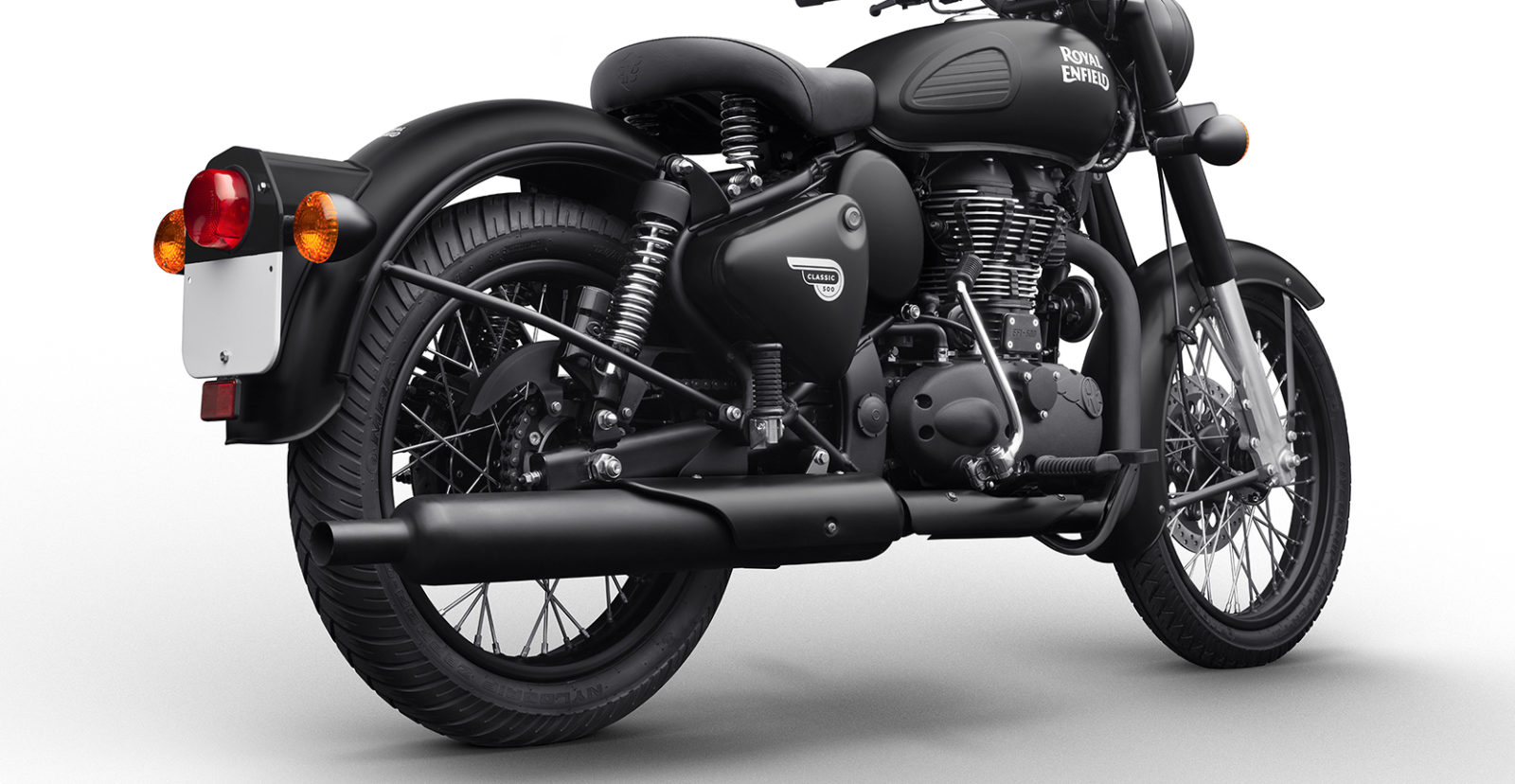 As someone who has been a former owner of an RE, masking all of its chrome filled shine with some dark black treatment was on my to-do list. However, the motorcycle didn’t stay for that long for my imagination to realise. I know a few owners who have painted their REs in matte black, but the quality of an aftermarket job and something that comes as standard from the factory can never be compared.