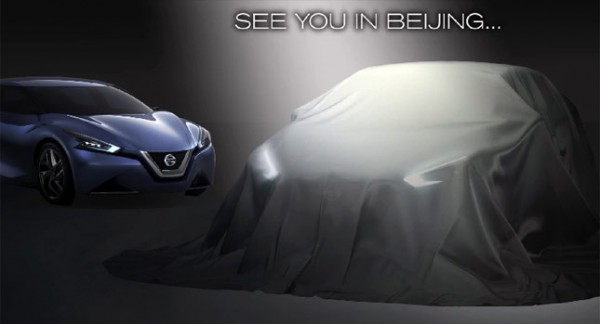 Japanese auto maker Nissan recently revealed that it would unveil a new sedan concept at the Beijing Auto Show that will be held next month. The upcoming model has been designed specifically for the Chinese car market and has been developed by a collaboration between Nissan’s design teams from China and Japan. This concept sedan hasn’t yet been given a name but the upcoming model is said to be related to Resonance, Friend-Me and Sport Sedan Concept studies.

In this video here, which teases the upcoming concept sedan, Nissan’s executive design director Mamoru Aoki can be seen telling how this new model is in line with the Resonance, Friend-Me and the Sports Sedan Concept.

The last pat of the video shows the new sedan concept under a sheet, with only a glimpse of glowing headlights being provided through the cover. However, it is enough to reveal that the car’s headlights would be much like the ones on the Friend-Me study.

Stay tuned to Motoroids for for more updates on the upcoming Nissan Sedan Concept.