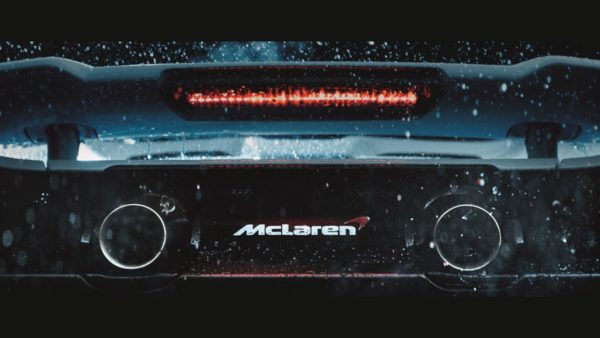 McLaren has yet again teased its upcoming supercar, the 675LT, before its debut at the 85th International Geneva Motor Show. The 675LT is the first McLaren in nearly two decades to wear the LT – or ‘Longtail’ – name. McLaren claims that the 675LT will stay true to the spirit of its iconic predecessor with aerodynamically optimised, dramatically enhanced styling that results in 40 percent more downforce than the 650S which it will sit alongside in the McLaren Super Series.

Available as a coupé only, the 675LT will join the core range of McLaren supercars later this year as a more track focused alternative to the established 650S Coupé and Spider. Together, they form the newly named McLaren Super Series which sits above the recently announced Sports Series in the range.

A total power output of 675PS (666bhp), and torque figure of 700 Nm (516 lb ft) plus a focus on weight saving will ensure an electrifying, engaging and visceral driving experience. These output figures are produced by a heavily revised 3.8-litre twin turbo V8 featuring lightweight components and new turbos. A controlled torque delivery of 600Nm (443 lb ft) ensures optimised acceleration and traction from a standing start in first gear, rising to the full 700Nm available from 5,500-6,500 rpm, through each of the other gears.

A redesigned crossover exhaust system, bespoke to the 675LT, is formed from lightweight titanium. Two circular titanium exhaust pipes exit centrally through exposed bodywork below the rear ‘Longtail’ Airbrake. The new system is designed to optimise performance and reduce weight – another pillar of the LT ethos.

Further details of the McLaren 675LT, including its startling performance figures, will be released with the car’s global debut at the Geneva Motor Show, on Tuesday 3 March 2015. Here is a teaser video released by McLaren: