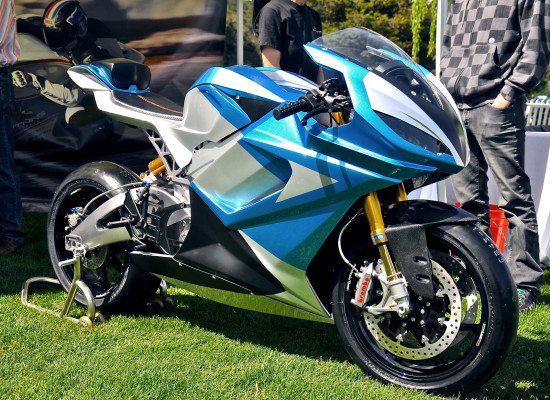 While the Japanese and the Europeans went all out at the EICMA, showcasing their 200 hp+ mad machines which could make ears bleed with their exhaust notes, the Americans have quietly introduced, quite literally, their stealth fighter on two wheels, the Lightning LS-218. An all electric motorcycle that packs more than 200 hp and 227.78 Nm of thunder within its electric motor which can strike more than twice on a piece of tarmac at the mere twist of your right wrist. This rather attractive looking motorcycle (For an EV) is powered by Lithium-ion batteries which can be charged externally through a high speed dc charger, it has been equipped with regenerative braking and the manufacturer has spent more than 8 years developing and polishing the technology that this machine packs with the intent to build a motorcycle that competes with the best of gasoline propelled machines. The LS-218 has already won the Pikes Peak challenge not just in the electric category, but in a pleasantly surprising manner, it also triumphed over all other gas powered sports bikes. The Lightning LS-218 also holds three land speed records at the Bonneville Salt Flats. 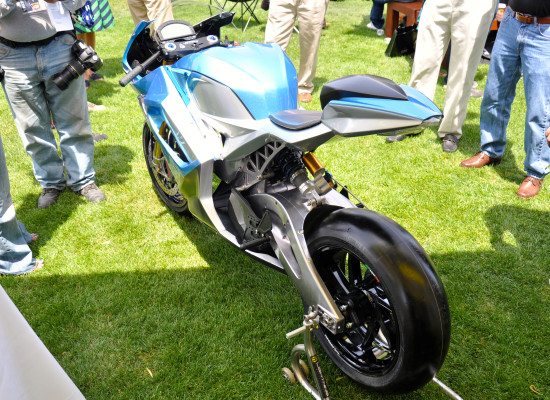 The batteries that power the electric motor are air cooled while the motor itself and the electronics are oil and liquid cooled respectively. All the power is transferred to the rear wheel via a single speed gearbox and the LS-218 will go for 32 kms on full chat, while doing about 350 kmph at places like the Bonneville salt flats. Ridden in everyday conditions the Lightning will cover anywhere between 130 – 160 kms before those batteries run out of juice. The manufacturer also offers two larger batteries as an option which cover about 240 kms on a single charge and adds about 20 kg of additional weight to the entire package. Watch what Jay Leno has to say about the future of motorcycling as he keeps reaching for the clutch and a gear lever that’s not there.