Automobili Lamborghini has officially announced the arrival of their Urus SUV. The Italian marquee has shared a video on one of its social media channels which reveals that the production ready Urus will be unveiled later this year on December 4.

First showcased as a concept five years ago, the Lamborghini Urus will be the first SUV from the Sant’agata Bolognese based sports car manufacturer after the LM002. The company has dubbed the Urus as the first super sport utility vehicle.

Also read: The Zotye Concept S Is A Lamborghini Urus Copy From China

Lamborghini also issued an official statement which said, “From Ferruccio’s dream of building the perfect car to the first V12 engine, then paving the way to the future by designing models that are ahead of their times. The first Super Sports Utility Vehicle (SSUV) will be unveiled on 4 December 2017 in Sant’Agata Bolognese. The Lamborghini Urus redefines possibilities, creating a class of its own: unprecedented SUV performance, luxury and versatility, with the distinctive dynamic design DNA of a Lamborghini super sports car. Driving through a new era.” 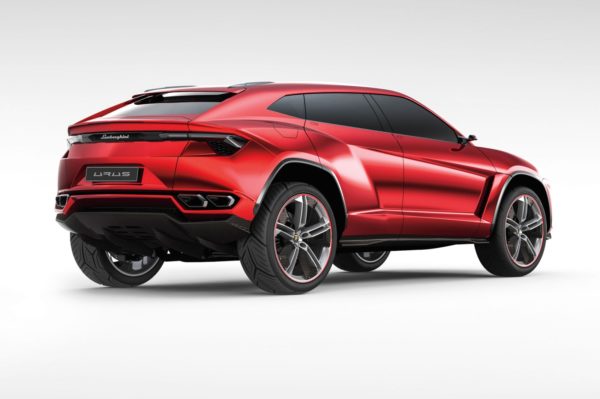 Previous reports suggest that the Urus could be powered by a 4.0-litre twin-turbocharged engine that will produce an output in excess of 600 PS and 800 Nm of torque. Mated to a dual clutch transmission, power would be send to all four wheels via an all wheel drive system.

Another highlight of the Lamborghini Urus would be the 48V electric compressor for active anti-roll suspension. The system adjusts the stiffness level to reduce body roll during cornering at high speeds. Based on the same MQB platform as the Bentley Bentayga and the Audi Q7, the Lamborghini Urus could be showcased at the 2018 Geneva Motor Show following its reveal this year. Stay tuned for updates.