Hero MotoCorp commenced a new partnership with the state Police Department in Madhya Pradesh, presenting 80 new Duet scooters to the women police officers in Bhopal under project Maitri. Equipped with sirens, flash lights, PA systems and other essential police accessories, the Hero scooters will help the women police officers in the city to perform their patrolling duties. 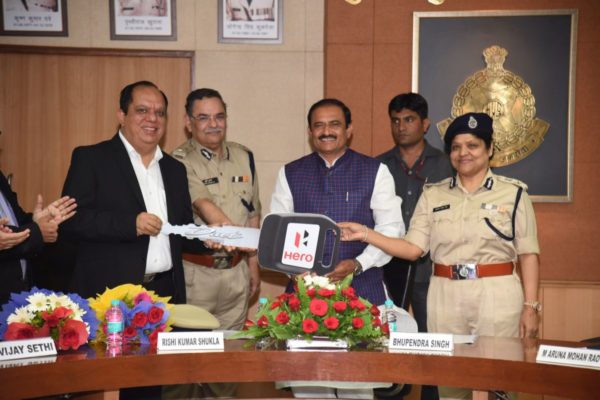 With this, Hero MotoCorp has now partnered with six states in the country – including Rajasthan, Uttar Pradesh, Telengana, Haryana and Uttarakhand – for various similar projects. As part of these initiatives, the company has already handed over more than 500 of its motorcycles and scooters to the Police Departments of these states. 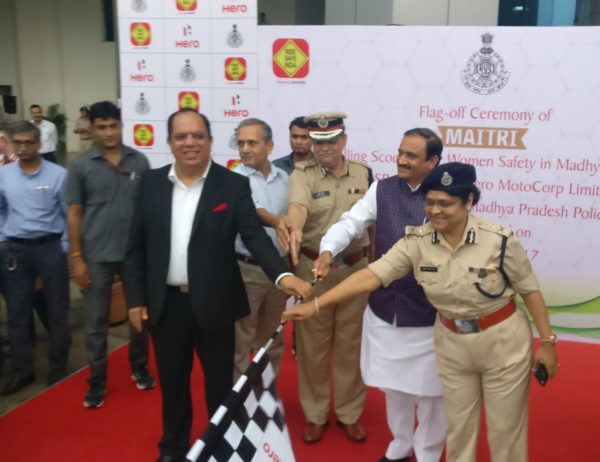 Hero MotoCorp has adopted Traffic Training Parks at Hyderabad, Gurugram, Delhi, Lucknow, Rourkela and Nagpur. The company also runs a Student Police Cadets (SPC) program in association with the Haryana Police, which has been a resounding success since its inception. Students from 50 schools in Gurugram are enrolled in various planned activities to inculcate sensibilities such as respect for law and community skills in their personalities.

Speaking on the occasion, Vijay Sethi, Chief Information Officer & Head – Corporate Social Responsibility, Hero MotoCorp said, “As the market leader and a responsible corporate citizen, Hero MotoCorp has always been committed to bringing effective societal enhancements across the country. We have initiated various programs across national and regional levels, focusing on Road Safety and Women Empowerment. One of our key programs recently has been partnering with state police departments and empowering the women police officers with mobility. The extension of this program in Madhya Pradesh is a reaffirmation of our commitment and adds another chapter to our journey.”