Home News Video: Ken Block mocks himself as he reveals his 2012 program 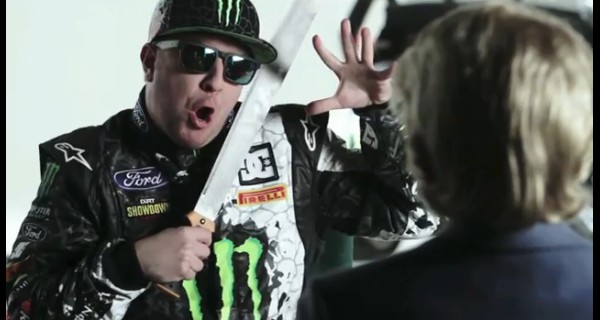 Ken Block doesn’t know how to do things the traditional way. He has expanded the fan base of rally sport enormously with his Gymkhana series of videos by making sure that the viewers don’t have to be rally experts to have a good time watching them. With a heady mix of humor, glamour and cinematic wizardry, he has become one of the most sought after motorsport stars on Youtube.

In his latest video, Ken Block does it with a difference once again. This film is more like an official spoof, where he poses as an interviewer, while American comedian Nick Swardson plays Ken Block and mocks him relentlessly. He impersonates Ken Block and projects an irresponsible, whimsical, stupid, party animal image of his. None of his answers make any logical sense, but don’t fail to deliver bucketloads of entertainment.

Have a look, we’re sure you’ll enjoy it. We sure did