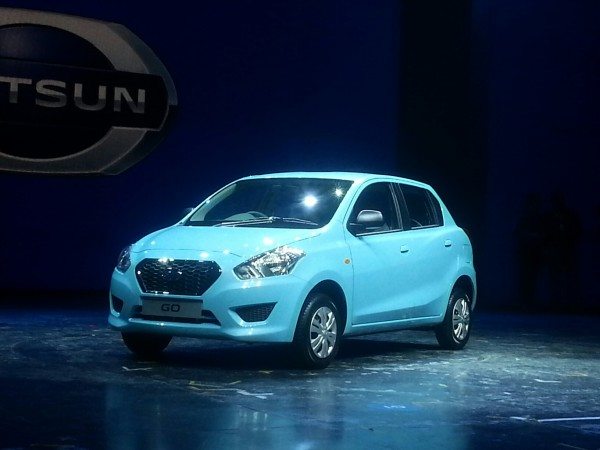 We recently posted around 40 high quality images of the new Datsun Go hatchback and now, what we have here is an official video which shows the K2, nay, the Go in action. The new car was unveiled earlier today and will become the first Datsun car to go on sale next year.

The new Datsun Go was until now being called as the K2 and the styling of the car stays true to the K2 sketches that were published earlier. The Go will go on sale for a price of less than INR 4 lakhs and will rival the Hyundai i10, Maruti Suzuki Wagon-R and Chevrolet Beat.

The Datsun Go is said to be based on last gen Micra’s platform and will be positioned below the newly launched Nissan Micra Active. However, in no way can the Datsun Go be thought of as a cut-price and stripped out versions of the Micra. The Go looks well proportioned and every bit like a modern hatchback should. Full points to Datsun for doing a good job with the car’s styling. While the Go won’t win any beauty contests, the inoffensive and understated looks should certainly appeal to a wide segment of car buying lot.

On the inside, first to catch the eye is the car’s clean and understated dashboard. The car gets a dash mounted gear lever (a la Hyundai i10) and instrument binnacle consists of an analogue speedo and what seems to be a digital tacho and fuel gauge. The car gets a 3 spoke design for the steering boss and the doors don’t get any fabric inserts. Also, the car won’t get a a ‘close-able’ glovebox! The front seats get fixed headrests. One of the talking points of the new car is the front passenger seat, which extends all the way to the driver’s seat, to form a “bench seat like” arrangement. We can already see people trying to squeeze three in the front.

Th Go will be powered by a 1.2 litre petrol engine that could have a max power of 62PS.

Go to next page for Datsun Go Image Gallery