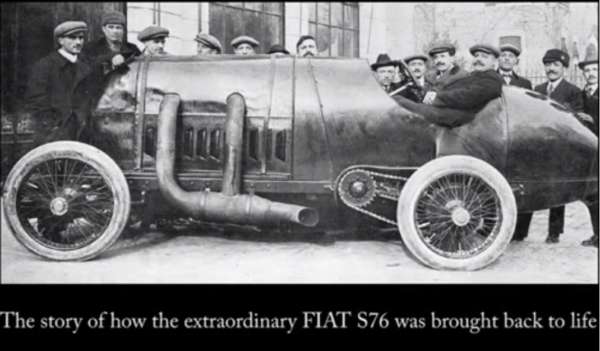 More than a responsible citizen, I think like a petrol head who loves the banging and growling sound emanating from the exhaust of an internal combustion engine. But with environment regulations creeping in to kill the eargasmic sounds from these engines, modern day supercars are going silent by the hour. Electric cars have made matters even worse.

Things were far wilder and hairy-chested in the past. One example of such an old school power house creating a sound that would make the Hulk’s growl sound like a baby’s cry is the four-cylinder 28.5-litre engine powered Fiat S76. Purpose built to break land speed records, the engine, back in those days, churned out 300 bhp of power!

Only two S76s were ever built and a British gentleman named Duncan Pittaway discovered the remains of one chassis in Australia and united it with the surviving S76 engine from the other car. This is what the car sounded like after the restoration job was completed. Keep some cotton handy, your ears might just bleed!

Do let us know your thoughts and opinions about the video through comments below.