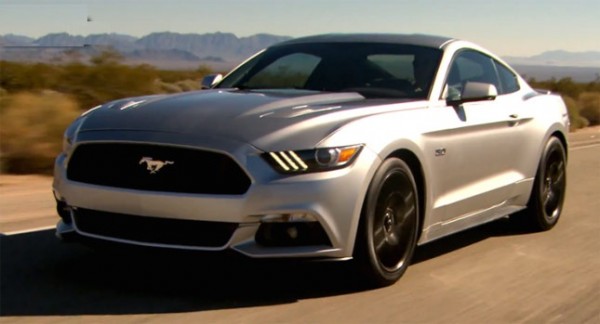 Enough has already been reported about the new 2015 Ford Mustang GT 5.0. However, it is only for the first time that there has surfaced a video that shows the actual production model out on a public road.

(Click here to read more about the new Ford Mustang)

Yes, the car show in this video is the much hyped GT 5.0 version of the new gen pony car.

The new 2015 Ford Mustang GT 5.0 is powered by a re-tweaked 5.0-liter V8 that cranks out 420 really healthy ponies and 390 lb-ft (528 Nm) of peak torque. All of this is sent to the rear wheels via a six-speed manual or a six-speed automatic transmission.

The new Ford Mustang is also available with two other powertrains-