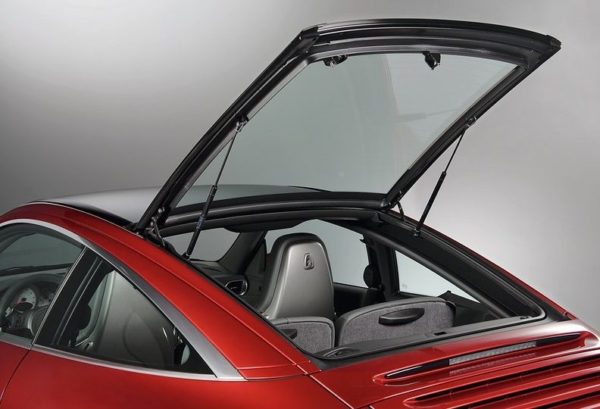 It has emerged that the new 2015 Porsche 911 Targa will have its public debut at the North American International Auto Show (NAIAS) 2014.

The new 2015 Porsche Targa is expected to come with a large rear-window as well as a roll-bar and vertical air vents on its B pillar. This design cue will be taken from the original Targa, which came way back in 1967. The Targa top enables the users to enjoy the joys provided by a convertible. And the fact that it also allows Porsche to do away with having to chop-off the roof completely means that structural rigidity remains intact. It is expected that the 2015 Porsche 911 Targa’ss removable panel will be made out of aluminium and will be light in weight. There also are chances that the car will get an automatic roof.

Stay tuned to Motoroids for more updates on the upcoming 2015 Porsche 911 Targa.