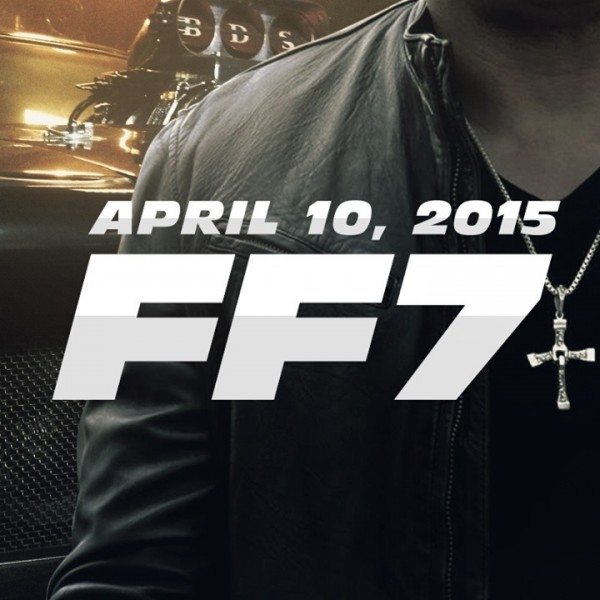 We reported in detail when Vin Diesel recently posted about the highly anticipated Fast and Furious 7. We also reported when the official Facebook fan page of the Fast and Furious movie franchise announced the revised release date for the next (and final) installment- April 10, 2015.

Now, the fan page has come up with a new official poster for the upcoming film. It may be noted that seventh chapter of the Fast and Furious series has been postponed due to unfortunate death of Paul Walker, 40. Walker died in a car crash on November 30.

The latest official poster of the F&F7 shows Dominic Torento, Vin Diesel’s character, from the neck and below.

Universal Pictures hasn’t exactly been vocal about the changes that are being made to the movie to substitute the scenes that were to show Walker’s character Brian O’Conner. While many say that these scenes have already been shot, there are others who believe that a double for Walker will be used to shoot the remaining scenes. It is being said that the makers of the next Fast and Furious 7 have approached Walker’s younger brother Cody, 25, for playing Walker’s role in the movie.

Stay tuned to Motoroids for more updates on the upcoming Fast and Furious 7.