Bugatti has made it to the record books once again, this time with the Chiron. And just in-case you didn’t know, they’ve just begun! The Molsheim based manufacturer recently announced that their latest product, the Chiron has set a new world record by going from 0-400 kmph and back to a standstill in less than 42 seconds. 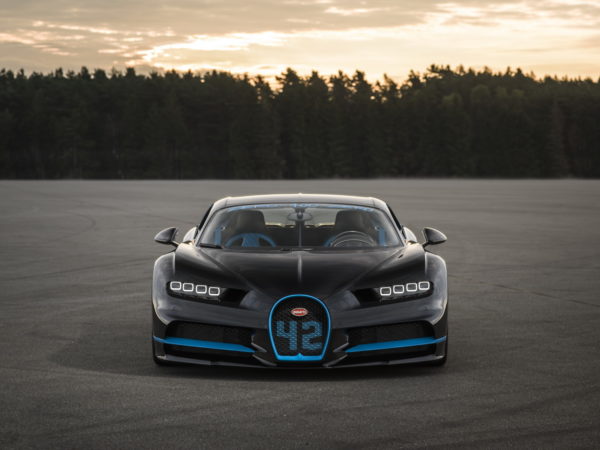 The Chiron, which made its debut last year, crossed the 400 kmph mark in 32.6 seconds, in just 2.62 kms. With the help of the special carbon disc brakes with titanium pistons as well as the rear wing, the hypercar came back to a standstill after the 0-400 kmph run in a distance of 3.11 kms. This is the fastest time ever reached and officially measured for this driving manoeuvre for a production vehicle throughout the world. Driven by Current IndyCar racer and former Formula One driver Juan Pablo Montoya, the test run was supervised and officially certified by SGS-TUV Saar, a world leader in inspection, testing, verification, and certification.

Montoya also took the opportunity to improve on his personal speed record of 407kmph by achieving a speed of 420 kmph with the Chiron. Montoya is now looking forward to next year’s world speed record attempt. Montoya said that the Chiron is a super sports car that requires your full attention when you are behind the wheel. At the same time, it gave him such a feeling of security and reliability that he was entirely relaxed and really enjoyed himself during his two days with the car. 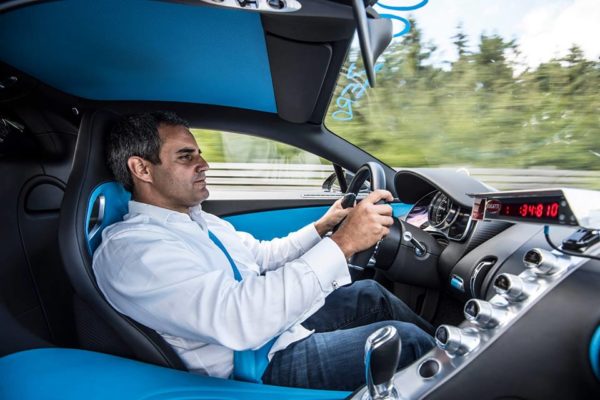 The Bugatti Chiron sources its firepower from an 8.0-litre W16 quad turbocharged engine that produces a whooping 1500 hp and 1599 Nm of torque. The Chiron smashes the 0-100 kmph mark in just 2.5 seconds, all the way up to an electronically limited top speed of 420 kmph. 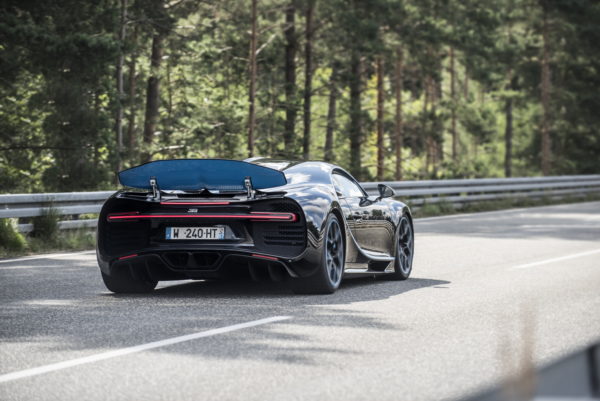 At the 2017 Frankfurt Motor Show, Bugatti will be showcasing the record breaking Chiron with a few special decals, denoting the 0-400-0 kmph time. Impressed already? Wait till next year when Bugatti plans to attempt a new production car speed run record with the Chiron!