The BMW M5 has surfaced in the news again, but for a wrong reason. In this recent video, you can see a BMW M5 Nurburgring Taxi crash into the wall and spin. 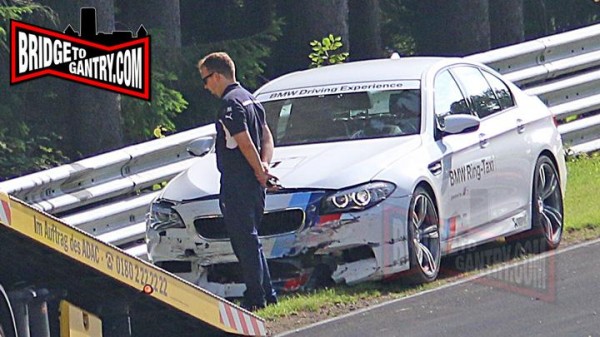 CLICK HERE TO READ OUR REVIEW OF THE BMW M5

Inn December last year, a BMW M5 Nurburgring taxi was totaled after a heavy crash while approaching the Hohe Acht turn. and now a similar car has suffered damages after crashing. The M5 oversteered out of Brünnchen and collided with the right-side fence between Brünnchenn and Eiskurve.

As can be seen in the video and the pic above, the M5 hasn’t suffered any major damages and we hope the car returns on its duty soon.