While Russia is (in)famous for dash cam accident videos, here is another video of a very unlucky incident. This isn’t a dash cam video but a security cam video which shows concrete falling on a Bentley GT in Moscow.

Artur Shachnev, the CEO of a music production company, had parked his Bentley too close to buildings under construction in central Moscow. 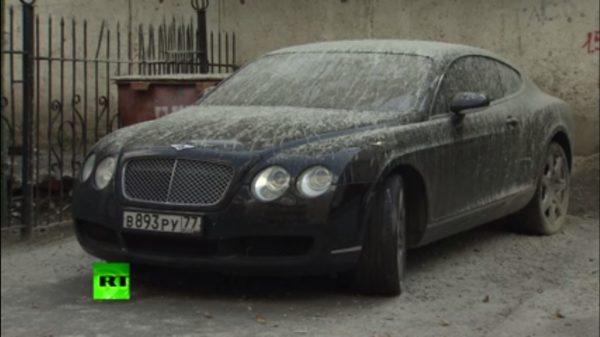 “It happened at 7 pm on September 2. My security man called me and said that cement was splashed on my car and asked me to come down. So I did, to take a look at this unique event (it’s not often that security reports such odd moments), and I found this,” Shachnev said.

The accident was blamed on workers’ negligence. They were lifting a huge bucket with cement when it accidently hit the wall and opened, sending the liquid down on cars parked in the street below, from a height of 15 meters.

The Bentley’s body was very seriously damaged by small crushed stones in the liquid. The concrete leaked into the wheel system, so the car can’t run now. “But you can start the engine, and music plays and lights can be turned on,” Shachnev said. 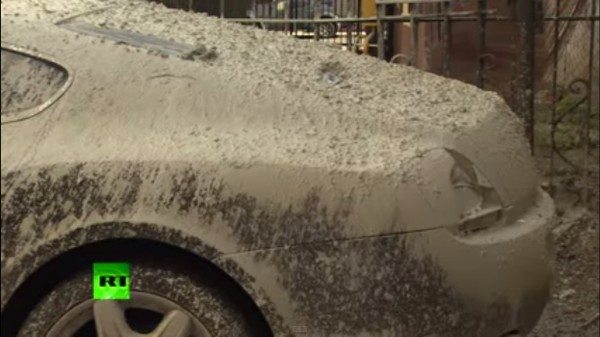 “It’s impossible to clean the concrete off the entire body of the car. It needs to be changed. A new body would cost 8 million rubles, twice the price of my car,” he said.

Artur Shachnev now jokes about the incident that it was his nomination for the “Cement Bucket Challenge,” referring to the online Ice Bucket Challenge campaign that inspired thousands of people worldwide to douse themselves with buckets of freezing-cold water in the name of charity.